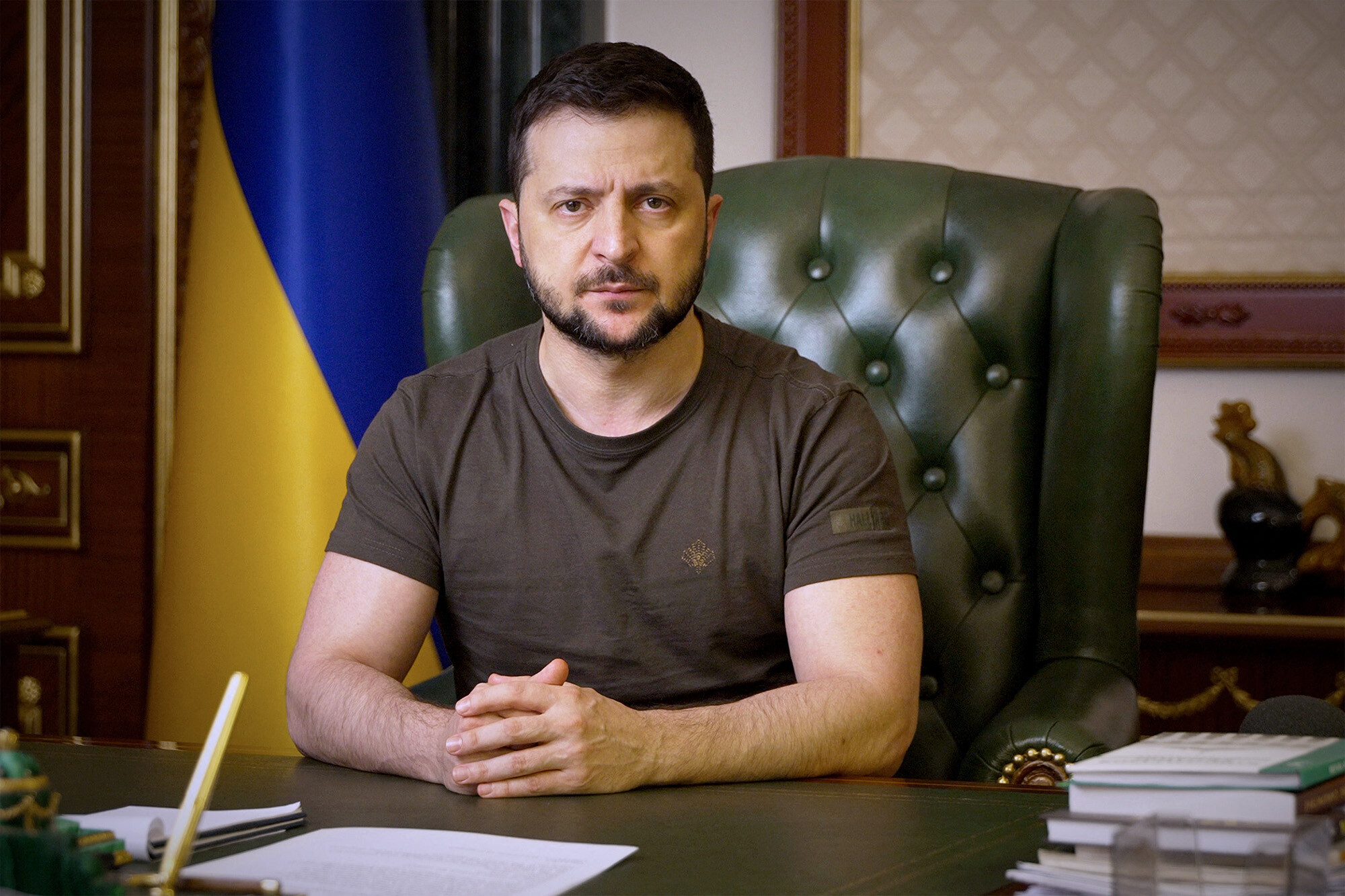 Ukrainian President Volodymyr Zelensky on Monday called on world powers “to force Russia into real peace negotiations,” and set out his own conditions for resuming talks.

Ukrainian President Volodymyr Zelensky on Monday called on world powers “to force Russia into real peace negotiations,” and set out his own conditions for resuming talks.

His remarks follow reports that US officials have been pushing Ukraine to show willingness to engage in dialogue with Moscow.

“Once again: restoration of territorial integrity, respect for the UN Charter, compensation for all war damage, punishment of every war criminal, and guarantees that this will not happen again. These are completely understandable conditions,” he said in a video address.

American media earlier claimed the White House was privately asking top Ukrainian officials to show it was open to peace talks. The Washington Post reported, citing its sources, that the US goal was not to push Ukraine to negotiate an end to the fighting, but to alleviate foreign backers’ concerns about a long conflict.

Previously, Zelensky repeatedly stated that his only goal in the conflict was to defeat Russia on the battlefield and retake control of all territories that Kiev considers to be under its sovereignty.

In October, Zelensky signed a decree, forbidding any negotiations with Russian President Vladimir Putin and declaring that Kiev will only talk to Moscow when it has a different leader.

Russia, in turn, has repeatedly said it is open for talks, since negotiations with Kiev fell through in March in Istanbul. Moscow has accused Kiev of undermining any potential for a peaceful settlement of the crisis.

Kremlin Spokesman Dmitry Peskov said recently that Moscow did not see any opportunity for talks, as Kiev has “turned non-continuation of any negotiations with the Russian side into law.”

Earlier, Peskov said that talks on the Ukraine conflict should be conducted, primarily, with the United States, as any agreements with Kiev, “based on what happened in March,” are “worthless” and can be instantly canceled “upon orders” from outside actors.