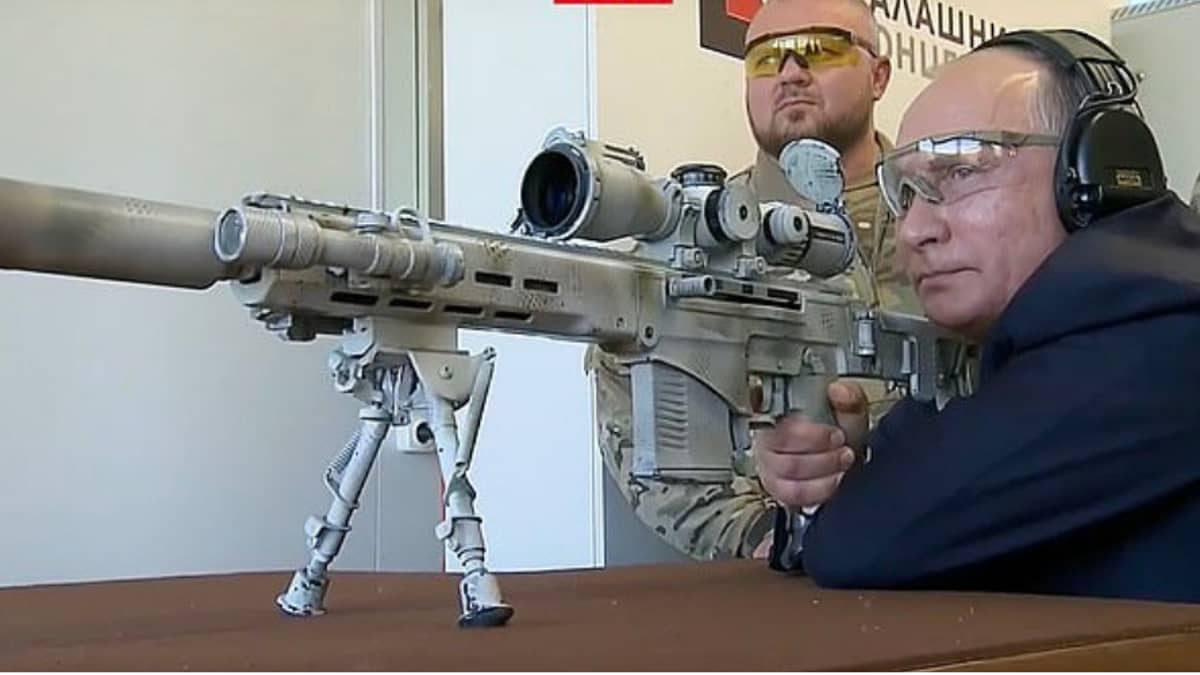 Putin and Shoigu were shown standard equipment issued to the conscripts, including uniforms, helmets and body armor, as well as the army-issued autumn and winter boots.

“The main thing, is that it’s actually there,” Putin said when some military officials showed him the soldiers’ footwear, in an apparent reference to the assorted equipment shortcomings emerging amid the ongoing partial mobilization.

Last week, the Russian president lamented the “stupidity” exhibited by some officials during the mobilization drive and admitted that, had Moscow not declared the partial mobilization, “we would never have seen those problems that have accumulated there, apparently for quite a while.”

Putin and his defense minister also met draftees and visited a shooting range at the training grounds. Putin took a few shots with a Dragunov (SVD) sniper rifle, footage from the scene shows.

Russia declared partial mobilization on September 21 in an effort to bolster the ongoing military operation in neighboring Ukraine that began in late February. Moscow is seeking to draft 300,000 people, focusing on those who have relevant military training and previous combat experience. The drive is still ongoing, with more than 200,000 already drafted.