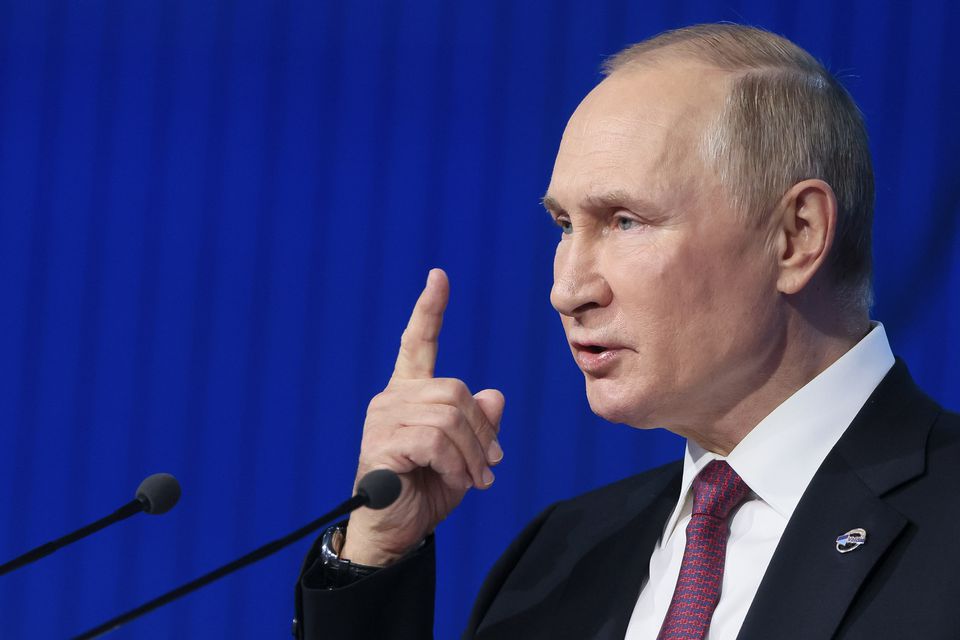 The Donbass republics should probably have rejoined Russia sooner, Russian President Vladimir Putin said at a meeting with the mothers of troops involved in the military operation in Ukraine on Friday

The Donbass republics should probably have rejoined Russia sooner, Russian President Vladimir Putin said at a meeting with the mothers of troops involved in the military operation in Ukraine on Friday. In such a case, fewer lives might have been lost, the president stressed.

“There might not have been so many casualties among civilians, there would not be so many children killed,” the Russian leader suggested. He maintained, however, that back in 2014, Russia did not have a full understanding of the situation in Donbass or of the true sentiments of the locals.

“[We] believed that we might still be able to reach an agreement and … reunify Donetsk and Lugansk with Ukraine within … the Minsk Agreements,” Putin noted, adding that Russia was “genuinely working towards that.”

Commenting on the matter further, the president blamed the 2014 coup in Kiev for the subsequent crisis in Donbass and the conflict between Russia and Ukraine. “If not for the coup d’état in Ukraine in 2014, none [of this] would have happened,” he said.

Brokered by Germany and France, the Minsk Agreements were first signed in 2014 in the wake of the ousting of then-President Viktor Yanukovich, which plunged Ukraine into a conflict between the post-coup government in Kiev and the Donetsk and Lugansk regions. Having subsequently become the respective people’s republics, the territories declared their independence from Ukraine the same year.

The accords were designed to give the regions of Donetsk and Lugansk special status within the Ukrainian state. Yet, their implementation was stalled – something Moscow repeatedly blamed on Kiev. Former Ukrainian president Pyotr Poroshenko has since admitted that Kiev’s main goal was to use the deal to buy time and “create powerful armed forces.”

In February 2022, the Kremlin recognized the Donbass republics as independent states and demanded that Ukraine officially declare itself a neutral country that will never join any Western military bloc. On February 24, Russia sent troops into Ukraine, citing Kiev’s failure to implement the Minsk agreements. Putin spoke at that time of the need to protect the Russian-speaking population of Donbass.

This autumn, four formerly Ukrainian territories, the Donetsk and Lugansk People’s Republics, as well as Kherson and Zaporozhye Regions, were incorporated into Russia following referendums.