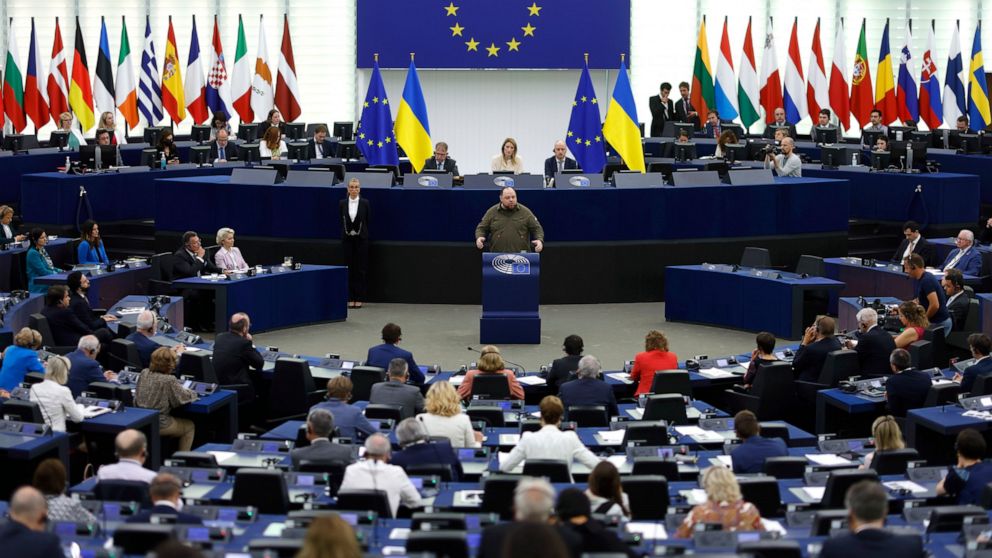 Ukraine may not have the money to pay wages and pensions unless the European Union speeds up its financial aid, the country’s prime minister has warned.

Ukraine may not have the money to pay wages and pensions unless the European Union speeds up its financial aid, the country’s prime minister has warned. He said Brussels should act quickly to transfer all of the €9 billion ($8.8 billion) that was pledged to Ukraine in May.

“The most important thing for us is that it comes as soon as possible,” Denis Shmigal told German newspaper Frankfurter Allgemeine Zeitung on Saturday. “We need it so that our financial system can survive. Whether it will come in the form of a loan or a grant is less important.”

Shmigal warned that “in an extremely negative scenario,” Ukraine could end up “not paying wages and not paying pensions.”

The premie minister accused Russia of attempting to create “a humanitarian catastrophe” in Ukraine that could “trigger a new migration tsunami.” He called for the seizure of Russian assets that were frozen after Moscow launched its military operation in February, so the funds can be used for Ukraine’s recovery.

The damage from eight months of warfare amounts to “more than $750 billion,” the official claimed.

He said Ukraine will need more than 10,000 mobile power generators and warming centers during the winter. Alexander Kharchenko, an adviser to Ukraine’s energy minister, said this week that around 40% of the country’s energy infrastructure sites have been “seriously damaged” by recent waves of Russian strikes.

Russia has stepped up its missile and kamikaze drone attacks on Kiev and other major Ukrainian cities this month, repeatedly hitting thermal power plants and power lines, among other targets. President Vladimir Putin said the intensification of the strikes was a retaliation against “terrorist attacks” on Russian soil, including a truck bombing that damaged a strategic bridge, connecting the Crimean Peninsula with Russia proper.