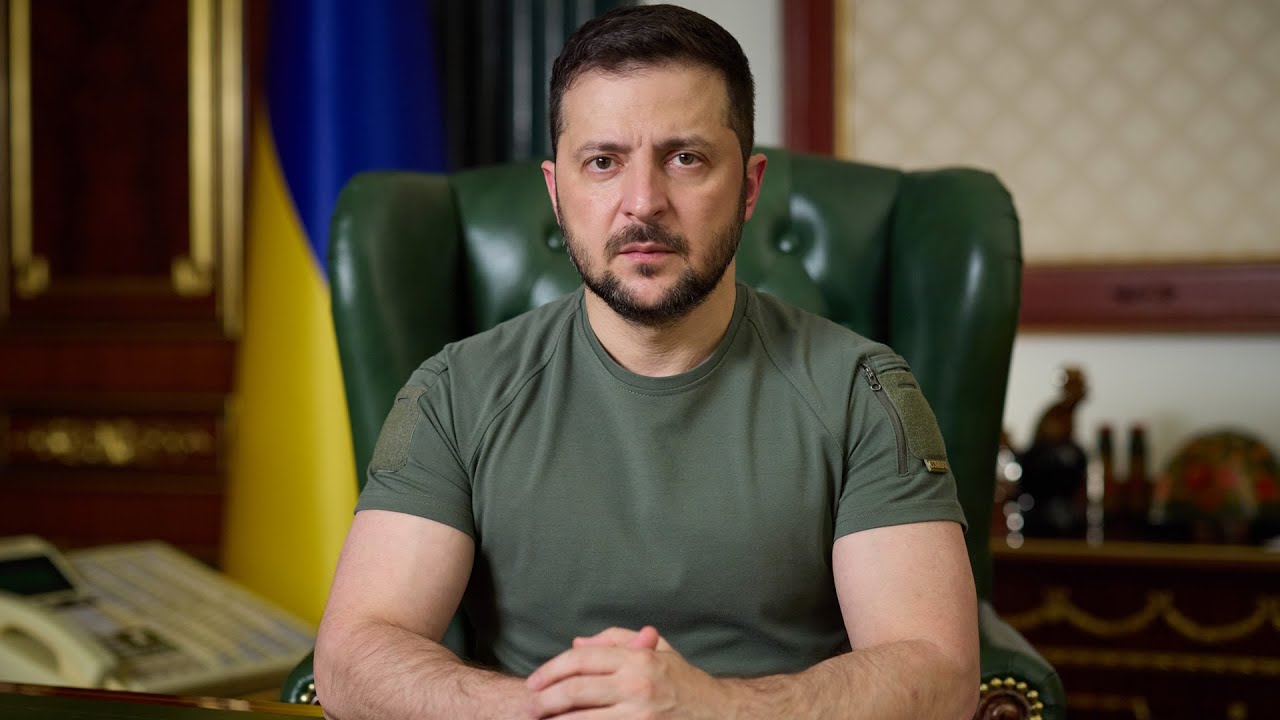 Kiev has no choice but to fight to re-establish the country’s 1991 borders, because the world failed to guarantee its security and Ukraine is alone in paying the price of the conflict, President Vladimir Zelensky has said in an interview published on Thursday.

The Economist spoke with Zelensky on December 8, but published an edited transcript only a week later. Just two days prior to the interview, US Secretary of State Antony Blinken said a ceasefire based on current frontlines would be a “phony peace” and that Washington will back Kiev whatever it decides to do and how.

Asked about Blinken’s phrasing – “take back territory that’s been seized from it since February 24” – Zelensky told the UK-based outlet that he actually want to restore the original borders of his country, including Crimea and all of Donbass.

“[This] is how it should end because otherwise it is not finished, it is just frozen. Just to leave it as it is now, to say, OK, let’s stop and they take Donbas, the south of our country, or part of it, and Crimea remains with them … Why?” he said. “We will not be able to, no one would forgive it.”

Freezing the war, he said, means the Russians would get time to “become more powerful occupiers, ready for more occupation, and that’s all.”

Just a day prior to the Economist interview, former German Chancellor Angela Merkel admitted that the 2014 Minsk ceasefire was actually a way to “give Ukraine time” to prepare for war.

Restoring things to where they were on February 23 is impossible, Zelensky argued to The Economist, “because no one understands what security guarantees mean.” The Budapest Memorandum, he argued, meant “the whole world” would come to Ukraine’s rescue.

“But the whole world has not come, as we have seen. We gave away nuclear weapons, exchanged them for security guarantees. Did those guarantees work? No,” Zelensky said.

Why is Ukraine alone paying such a high price? We are grateful to our supporters, but we are the ones who are paying.

Ukraine could not “give up” nuclear weapons under the 1994 treaty, because it never had any; Russia was recognized as the sole owner of the Soviet arsenal. Zelensky has received over $40 billion in aid, both military and financial, from the US alone just this year. The US and its allies have pledged to support Zelensky for “as long as it takes” for Russia to lose, while insisting they are not a party to the conflict. Moscow has accused the West of cynically prolonging the conflict and fighting a proxy war “to the last Ukrainian.”

According to Zelensky, the fighting will end only when the entire world sides with Ukraine and forces Russia to withdraw to the 1991 borders, as well as pay reparations “for generations.” He also said he wanted to see regime change in Moscow by the “good Russians,” but that after February 24 “everyone is guilty.”

Russia sent troops into Ukraine in late February, citing Kiev’s failure to implement the Minsk agreements, designed to give the regions of Donetsk and Lugansk special status within the Ukrainian state. The Kremlin recognized the Donbass republics as independent states (they and other regions have since joined the Russian Federation) and demanded that Ukraine officially declare itself a neutral country that will never join any Western military bloc. Kiev insists the Russian offensive was completely unprovoked.