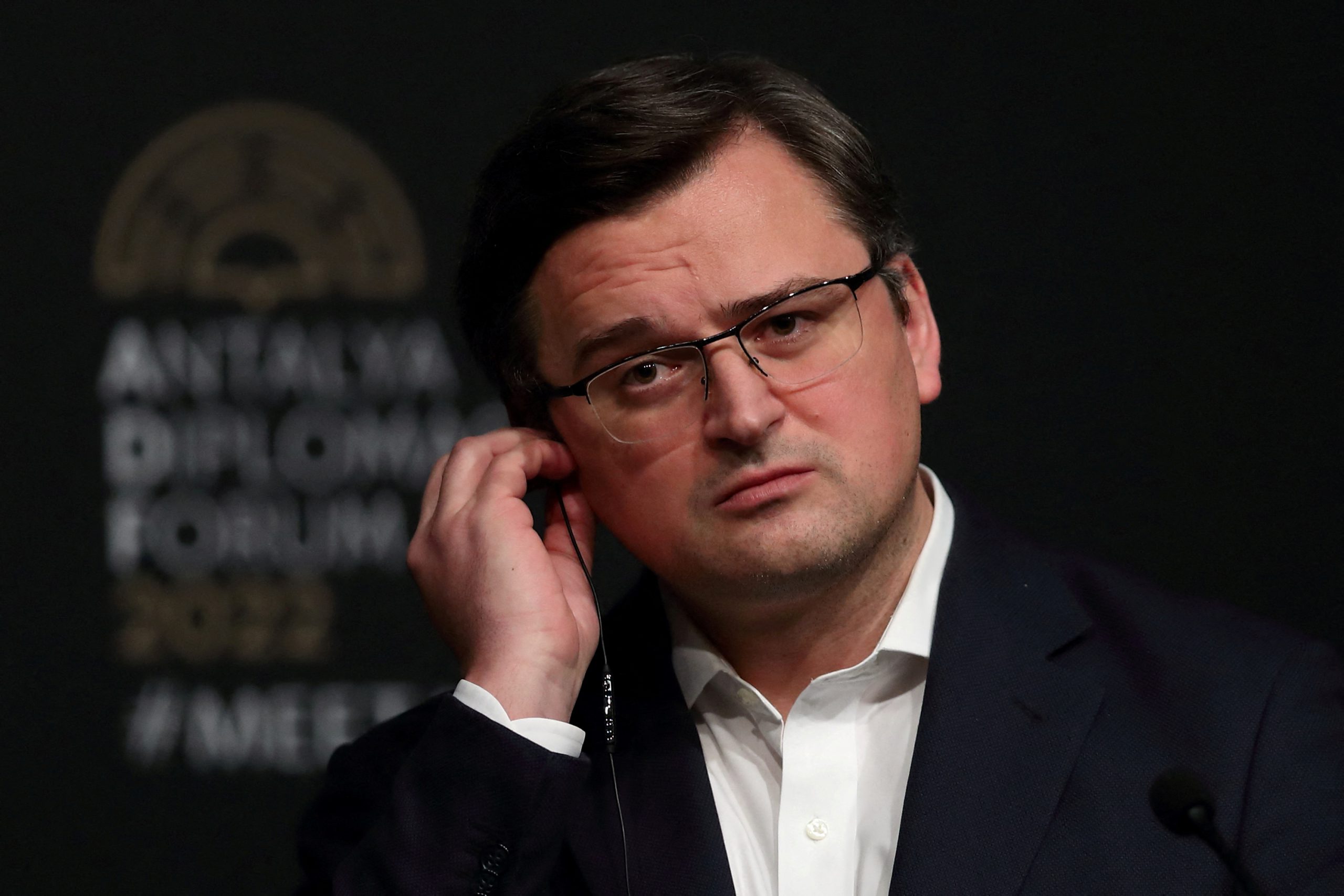 Ukraine’s Foreign Minister Dmitry Kuleba has admitted that Kiev is behind sabotage operations in Russia, many of which which have killed innocent civilians.

Ukraine’s Foreign Minister Dmitry Kuleba has admitted that Kiev is behind sabotage operations in Russia, many of which which have killed innocent civilians.

Dmitry Kuleba was speaking with a person he believed to be a former American ambassador to Moscow, according to Russian pranksters with a history of targetting senior political figures.

“Well, if you were to ask me who blows up things in Crimea or Belgorod, then speaking privately, as much privacy we can have in a Zoom call, I’d tell you, yes, that was us,” the top Ukrainian diplomat was shown saying in footage, which was released on Thursday.

The apparent admission was obtained by two Russian entertainers who go by the stage names Vovan and Lexus. They usually pose as foreign officials and trick their target into saying things that he or she would probably not want the public to hear.

During the conversation with Kuleba, the duo posed as Michael McFaul, a former US ambassador to Russia and a vocal critic of Moscow. Among other things, McFaul is involved in an advisory group that helps Kiev ensure continued support from Western governments.

The prank involved the fake former-diplomat asking Kuleba about Ukrainian intelligence agents, whom he assumed to be active in Russia.

Russian Foreign Ministry spokeswoman Maria Zakharova called Kuleba’s words an admission of criminality by the Ukrainian state. Kiev’s top diplomat “confessed to committing terrorism. And in such a way – ‘yes, that’s us.’ Not just the special services or individual saboteurs. The government, the state,” she said on social media.

The pranksters did not reveal the date of the conversation, but they discussed remarks that Zakharova made on September 1st and Kuleba’s travel plans for October, placing it sometime last month.

When discussing with ‘McFaul’ Crimea’s significance in Russia’s military operation against Ukraine, Kuleba called the region a “source of ammo” for Russian troops and “an air base for their warplanes.”

Destroying military sites in Crimea “has a direct impact” on the effectiveness of the Russian forces, he said. But the peninsula “is not the immediate operative target” for the Ukrainian military, he noted.

The foreign minister was also skeptical about engaging with nations in Africa in the context of Kiev’s conflict with Moscow.

“All of a sudden, our friends and partners, the US, the Europeans started a few months ago saying that working with Africa was super important, so that Africa was on our side,” he said.

Kuleba claimed that some African countries “have taken either an openly strictly pro-Russian position or a strictly neutral position. Those cannot be swayed, no matter how much time you spend.” He added that chasing the support of African leaders would motivate them “to profit from” the conflict in Ukraine rather than to take a position “based on facts.”

The minister reiterated Kiev’s calls for increased economic sanctions on Moscow, suggesting that the US and its allies impose restrictions on the Russian civilian nuclear industry. Kuleba urged for more weapons supplies, specifically asking for US-made Patriot long-range anti-aircraft missiles. He also discussed Kiev’s financial situation and how the government hoped that the IMF would provide more loans so that it could operate in the coming year.