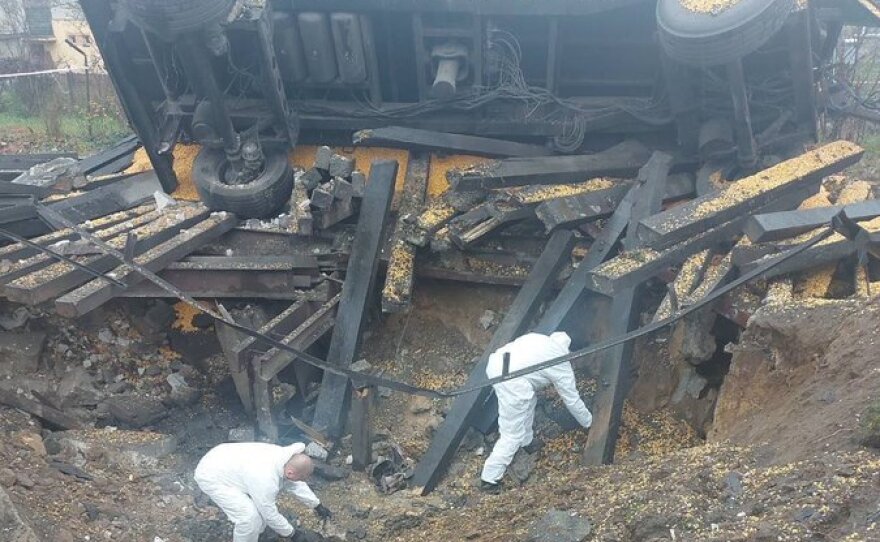 Ukrainian military officials told their American and other Western counterparts that they attempted to intercept a Russian missile near the site of a fatal blast in Poland on Tuesday, CNN reported. While Kiev initially blamed the explosion on Russia, Western leaders have since stated that it was likely caused by an errant Ukrainian air defense projectile.

Citing a US official, CNN anchor Jim Sciutto said on Wednesday that the Ukrainian military has informed its Western backers that it “attempted to intercept a Russian missile in the same timeframe and near [the] location” of a “missile strike” at the Polish village of Przewowdow a day earlier.

“It’s not clear this is [the] same missile that struck Poland, but this has informed ongoing US assessment,” Sciutto added.

The apparent admission by Ukraine’s military marks a dramatic climbdown by Kiev since Tuesday, when Ukrainian President Vladimir Zelensky called the incident a “Russian attack on the collective security” of NATO. In a video statement, Zelensky urged the West to put Russia “in its place” in response.

However, in the time since the blast, Ukraine’s Western backers have all but confirmed that the missile was fired from Ukraine.

US President Joe Biden, NATO Secretary-General Jens Stoltenberg and Polish President Andrzej Duda have all stated that the blast was likely caused by a Ukrainian air defense missile, with Duda opting not to call for urgent consultations under Article 4 of the NATO Treaty.

The Russian Defense Ministry reported that analysis of debris at the site of the explosion showed that it was caused by a missile from the S-300 air defense system, a Soviet-era system fielded by Ukraine.

Poland is currently leading an investigation into the explosion, which killed two people.

Ukrainian Energy Minister German Galushenko called Tuesday’s barrage the “most massive shelling of [Ukraine’s] energy system” since the beginning of the conflict in February.