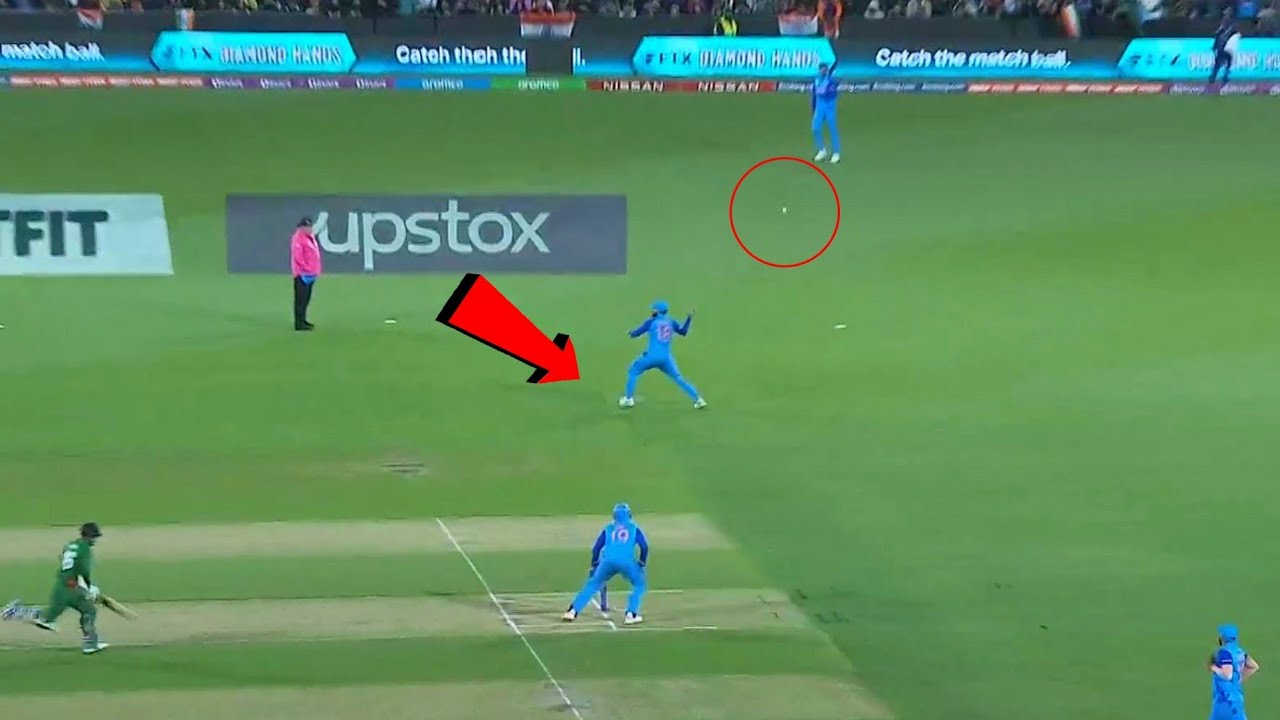 Indian cricket star Virat Kohli is known for his antics on the field. He has often been seen sledging, riling, and mocking opposition players, leading to massive controversies in the past.

Indian cricket star Virat Kohli is known for his antics on the field. He has often been seen sledging, riling, and mocking opposition players, leading to massive controversies in the past. On Wednesday, he was involved in yet another row after a Bangladesh cricketer accused him of “faking” an act in the T20 World Cup in Adelaide.

Team India supporters on Thursday hit back at Nurul Hasan after the Bangladesh cricketer accused superstar Virat Kohli of “fake fielding” in his team’s five-run defeat to the Men in Blue the previous day.

Slamming Hasan for unnecessarily creating a massive controversy in the middle of the world’s best T20 tournament, Indian fans called the Bangladesh wicketkeeper a “crybaby.”

“This isn’t even fake fielding. It’s just the reflexes. When we anticipate something and it doesn’t happen we just carry on with the reflexes. What a waste of cricketing fans some people are,” one Indian cricket admirer wrote on Twitter.

“Before lamenting, please read about the entire law concerning fake fielding. Kohli wasn’t wrong there, batters were not at a disadvantage, they were not distracted and the ball was clearly visible to batter running towards striker’s end. No point of penalty here,” another added.

The Bangladeshi accusation even got a response from noted cricket expert Harsha Bhogle, who said that the allegations against Kohli were just an “excuse” to pin the blame for their loss to India on something other than their performance.

“So, for my friends in Bangladesh, please don’t look at fake fielding or wet conditions as a reason for not reaching the target. If one of the batters had stayed till the end, Bangladesh could have won it. We are all guilty of it….when we search for excuses, we don’t grow,” Bhogle posted on social media.

The said incident took place in the seventh over of the Bangladeshi run chase when their opener Litton Das struck the ball in the deep. As Indian cricketer Arshdeep Singh threw the ball, Kohli, who was standing inside the 30-yard circle, feigned to have taken a shot at the stumps. But as the whole episode went unnoticed, the on-field umpires didn’t take any action.

But Nurul spoke about the incident in his media interaction after the match.

“We all saw that it was a wet ground,” Nurul said. “Eventually, when we talk about these things, there was also a fake throw. It could have been a five-run penalty. That also could have gone our way, but unfortunately, even that didn’t materialize.”

It is pertinent to note that Nurul’s claims appeared to be untrue, as per the International Cricket Council’s (ICC) laws.

According to the ICC’s rules, a team can be penalized with five penalty runs if any player of the fielding side deliberately distracts, deceives, or obstructs the batsman.

In this case, video evidence showed Kohli neither “distracted nor deceived” the Bangladesh batters.

Stoffel Vandoorne to Aston Martin looks like bad news for Mick Schumacher
Jelena Dokic Says She Was Kicked ‘Unconscious a Week Before the U.S. Open’ When She Was 16
To Top
Go to mobile version