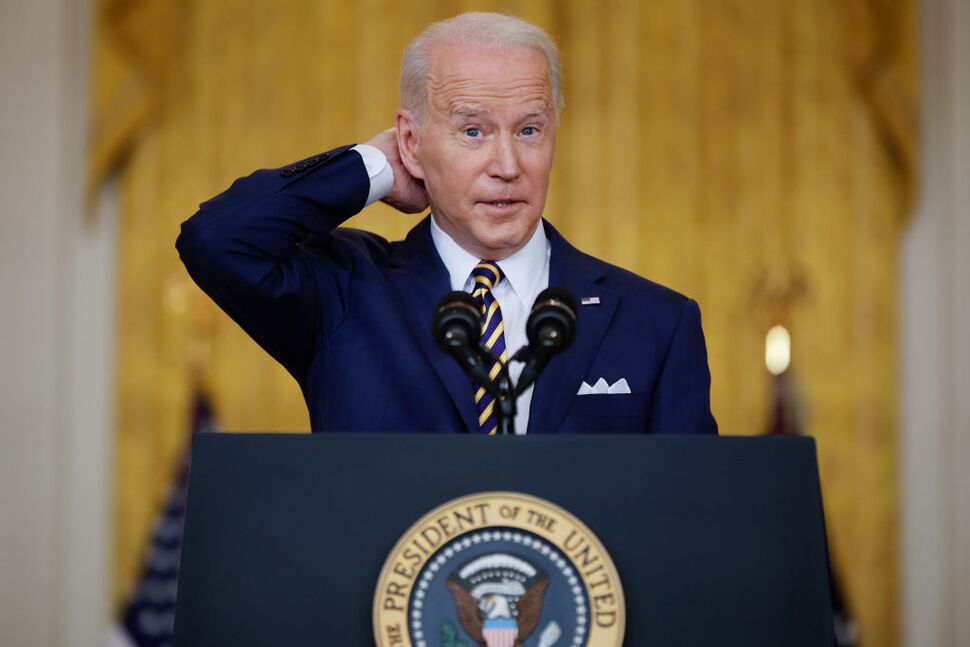 On Monday, a group of 30 Democratic lawmakers from the US House of Representatives, led by Pramila Jayapal, chair of the Congressional Progressive Caucus, sent a letter to President Joe Biden urging him to change the Ukraine strategy and seek direct negotiations with Russia

On Monday, a group of 30 Democratic lawmakers from the US House of Representatives, led by Pramila Jayapal, chair of the Congressional Progressive Caucus, sent a letter to President Joe Biden urging him to change the Ukraine strategy and seek direct negotiations with Russia, “redoubling efforts to seek a realistic framework for a ceasefire.”

The group of progressive House Democrats that urged President Joe Biden on Monday to fundamentally change US strategy with respect to the security crisis in Ukraine and seek direct negotiations with Russia made a U-turn within hours of sending their letter to the POTUS.

Under a wave of pressure from other Democrats, the group, led by Congressional Progressive Caucus Chair Pramila Jayapal, released a statement affirming their support for the president’s strategy.

“Let me be clear, we are united as Democrats in our unequivocal commitment to supporting Ukraine in their fight for their democracy and freedom,” Jayapal clarified, adding that “nothing in the letter advocates for a change in that support.”

The statement went on to say that while diplomacy is “an important tool that can save lives,” it is “just one tool.”

“As we also made explicitly clear in our letter and will continue to make clear, we support President Biden and his administration’s commitment to nothing about Ukraine without Ukraine,” the group of lawmakers concluded.

Before bowing to pressure and backpedaling, the 30 Democrats had initially stated in their letter that it was in the interests of the Biden administration to revise the strategy with respect to Ukraine to avert a protracted conflict fraught with further dangerous escalation.

“We urge you to pair the military and economic support the United States has provided Ukraine with a proactive diplomatic push, redoubling efforts to seek a realistic framework for a ceasefire,” stated the group which included Representatives Alexandria Ocasio-Cortez of New York, Jamie Raskin of Maryland and Ro Khanna of California.

The Democrats added in the original letter:

“The alternative to diplomacy is protracted war, with both its attendant certainties and catastrophic and unknowable risks.”

The lawmakers had underscored the spillover effect of the conflict and the self-harming sanctions policy wielded by the US, the EU and their allies against Moscow over its special military operation in Ukraine. Food and gas costs spiked far beyond Ukraine, including the United States, while the soaring prices for wheat, fertilizer, and fuel have exacerbated the global food situation.

“If there is a way to end the war while preserving a free and independent Ukraine, it is America’s responsibility to pursue every diplomatic avenue to support such a solution that is acceptable to the people of Ukraine,” the letter said.

However, the letter’s call for a negotiation process that could include sanctions relief for Russia and security guarantees for Ukraine contents did not go over well with some of the other Democrats. Representative Ruben Gallego of Arizona tweeted in response to the progressives’ letter that the way to end a conflict is, “Win it quickly.”

While the US Congress enacted $12 billion in new aid to Ukraine in September, with the Biden administration anticipated to pledge more aid for the Kiev regime in a December spending bill, if Republicans win control of the House in the November midterm elections, this strategy towards pumping aid into Ukraine may be put to the test.