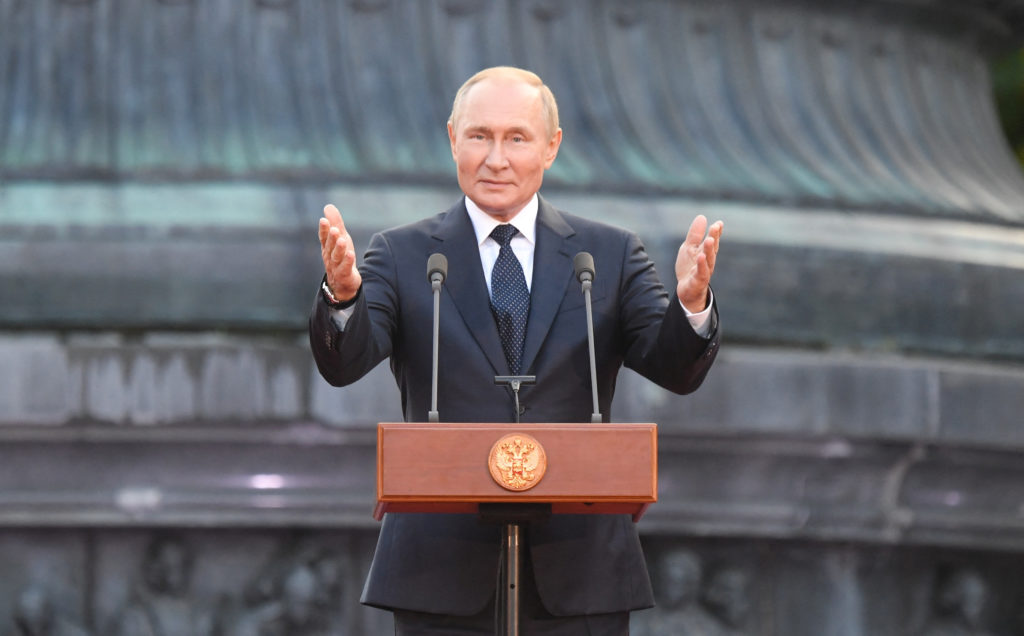 Liberal democracy has changed beyond recognition and has gone from promoting freedom of speech and expression, to demanding the ‘cancelation’ of anyone with a different point of view, Russian President Vladimir Putin said during a speech

Liberal democracy has changed beyond recognition and has gone from promoting freedom of speech and expression, to demanding the ‘cancelation’ of anyone with a different point of view, Russian President Vladimir Putin said during a speech at the Valdai Discussion Club in Moscow on Thursday.

Speaking about the major changes in the world in recent years, Putin noted that the West has continued its policy of escalating tensions across the globe, and is trying to subjugate the world under its “rules-based order.”

He added that it remains unclear who invented these rules, what they are based on, or what exactly they even are. The only thing that is clear, according to the president, is that the rules are meant to allow those who hold global power to live “without any rules at all,” and allow them to get away with doing whatever they want.

“The West in recent years and especially in recent months has taken a number of steps towards escalation. They always play for escalation; there is nothing new here. This includes the incitement of war in Ukraine, provocations regarding Taiwan, and the destabilization of the world food and energy markets,” he said.

Humanity now basically has two paths it can pursue, Putin stated. It can either be fractured and keep accumulating problems that will eventually bury it, or try to find “not ideal, but working” solutions to common issues.

The president went on to stress the importance of preserving cultural diversity in the world, stating that the West is trying to flatten everything out to be identical and is blocking the “free creative development” of other civilizations and imposing its own style of development.

“Simplification and the erasure of any and all differences have become almost the essence of the modern West. What is behind this simplification? First of all, this is the disappearance of the creative potential of the West itself,” Putin said.