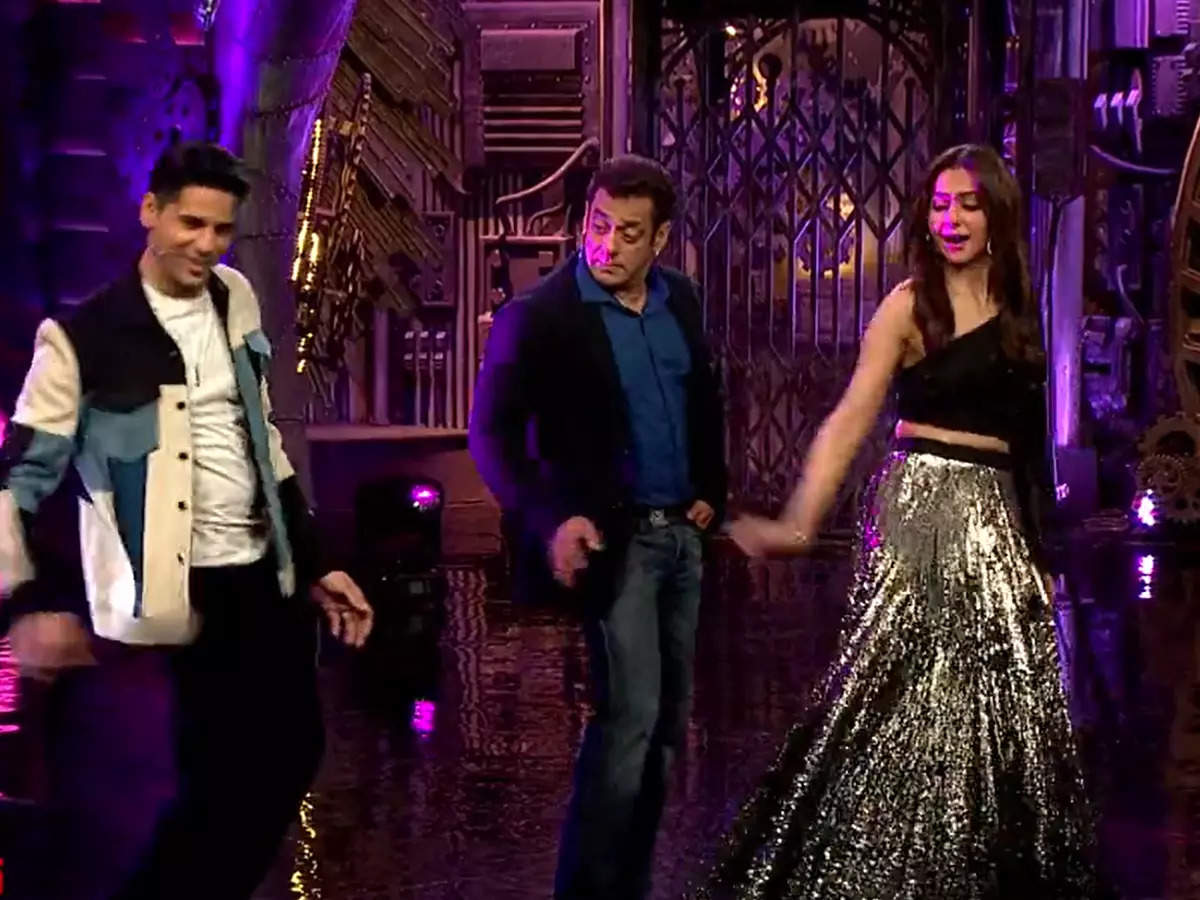 The rivalry between housemates Nimrit Kaur Ahluwalia and Priyanka Chahar Choudhary is underlined to the hilt in a task assigned by host Salman.

A weighing scale is placed before the duo and the rest of the contestants to vote by dropping weight in the favour of their preferred contestant while also specifying their reason.

Bringing a spin to the ‘Vaar’, guests Sidharth and Rakul for the promotion of their upcoming film ‘Thank God’.

It goes to show how deceptive appearances can be in the coveted house that witnesses rapid changes in equations. However, the revelations are not just limited to the contestants; even the star guests and the megastar host Salman reveal some interesting parts of their lives on the show.

After a few contestants and stars on the show let the cat out of the bag, the ‘Vaar’ introduces a new element titled ‘black chair’ which can be designated to the one housemate that is the least favourite of the ‘Bigg Boss 16’ house.

Shalin Bhanot gets the black chair and host Salman grills him for the source of his inexplicable arrogance on the show.