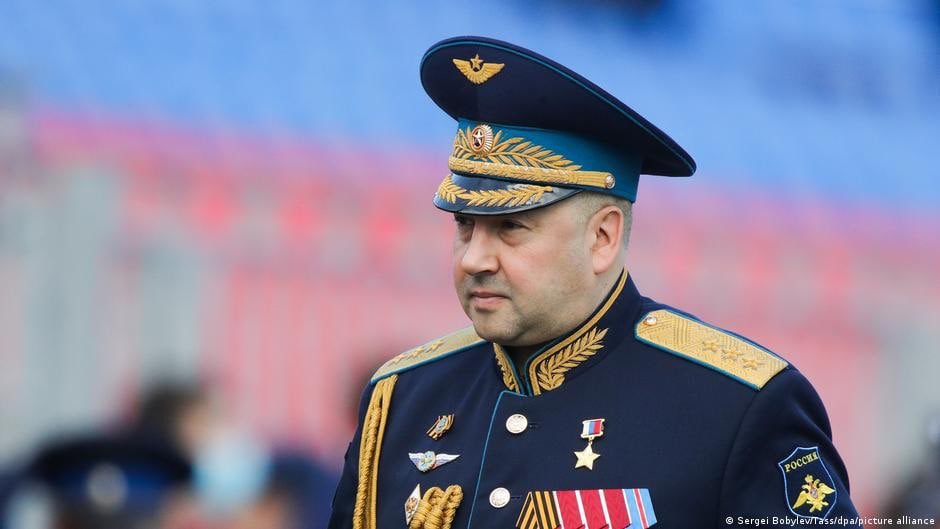 Army General Sergey Surovikin on Tuesday spoke to the media for the first time since assuming overall command of the ongoing Russian military operation in Ukraine.

Army General Sergey Surovikin on Tuesday spoke to the media for the first time since assuming overall command of the ongoing Russian military operation in Ukraine.

Describing the situation as particularly “tense” around the city of Kherson in his statement to the broadcaster Rossiya-24, he added that the military may be forced to make “difficult decisions.”

“The NATO command of the armed forces of Ukraine has long been demanding offensive operations in the Kherson direction from the Kiev regime, regardless of any casualties – both in the Armed Forces of Ukraine and among the civilian population,” Surovikin stated.

The Russian military is aware of Kiev’s plans to use “prohibited” means of waging war in the Kherson area, Surovikin added. Namely, Ukraine is preparing a massive strike on the Kakhovka hydroelectric plant, located on the Dnieper River, as well as launching massive rocket and artillery attacks on Kherson itself.

“These actions can lead to the destruction of the infrastructure of this large industrial center and massive casualties among the civilian population,” Surovikin said.

In the ongoing effort to dislodge the Russian military from its positions, Kiev is pouring its reserves en masse into the frontline, the general said. The vast majority of those reserves are “territorial defense units, who have not been properly trained,” Surovikin added. Such troops have low morale, thus they are propped up by “barrier squads” composed of hardline nationalists “who shoot anyone trying to leave the battlefield,” he claimed.

The enemy’s daily losses amount to hundreds of casualties. We have a different strategy. We are not aiming at fast-paced offensives, we spare every soldier and methodically grind the enemy’s attacking forces. This not only minimizes our own losses, but also significantly reduces the amount of victims among the civilian population.

The enemy is the criminal regime that pushes Ukrainian citizens towards death. We are one people with Ukrainians and only wish for Ukraine to be a state independent from the West and NATO and friendly towards Russia,” Surovikin said.

Surovikin assumed overall command of Russian troops participating in the military operation earlier in October. The general has significant combat experience, ranging from hostilities in Chechnya to the operation in Syria, for which he was awarded the title of Hero of Russia back in 2017.

According to media reports, Surovikin was given the nickname ‘General Armageddon’ by his colleagues over his hardline and unorthodox approach to warfare. His elevation into the new role has coincided with Russia ramping-up aerial bombings across Ukraine, with cruise missiles and suicide drones attacking crucial infrastructure sites in the country.