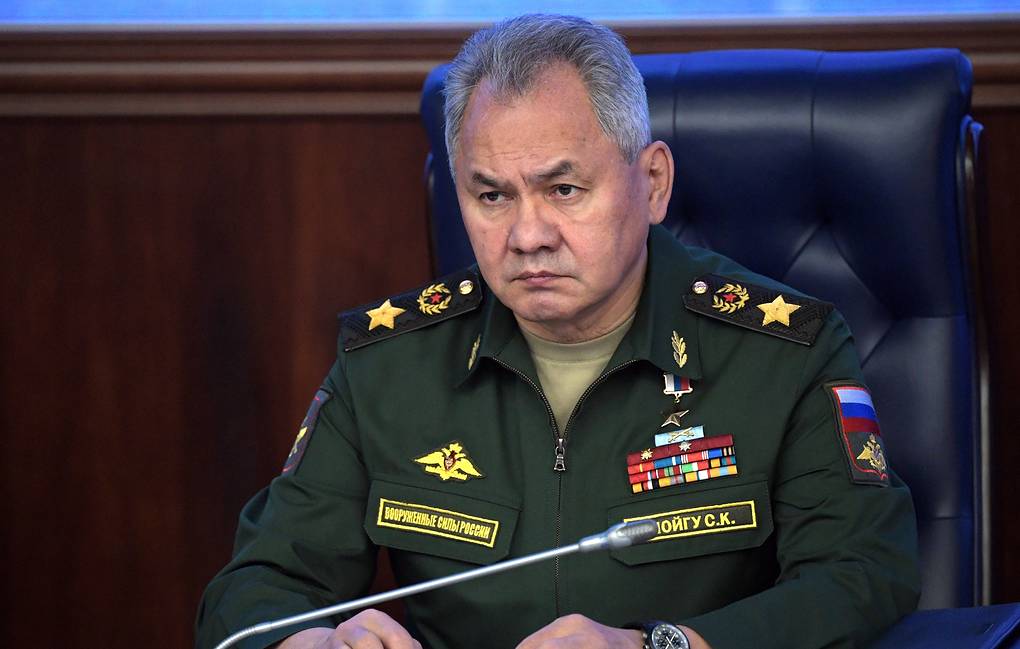 Russian Defense Minister Sergey Shoigu has ordered to start pulling out troops behind the Dnieper River.

Russian Defense Minister Sergey Shoigu has ordered to start pulling out troops behind the Dnieper River.

“Start withdrawing the troops and take all measures to ensure the safe relocation of the personnel, armaments and hardware behind the Dnieper,” the defense chief said, setting the task for Commander of Russia’s Integrated Group of Forces in Ukraine Sergey Surovikin.

Surovikin reported to the defense minister earlier on Wednesday on the situation in that area.

Defense along the Dnieper barrier frontier is the most expedient option of operations in the zone of the special military operation, Surovikin said.

“If the Kiev regime resorts to a larger water discharge from reservoirs or a more powerful rocket attack on the Kakhovka dam, this will create a flow of water flooding vast areas and causing civilian casualties. A further threat for civilians and of a complete isolation of our group of forces on the right bank of the Dnieper will emerge. Under these conditions, it is expedient to organize the defense along the barrier frontier of the Dnieper River,” the commander said.

“Comrade defense minister, after comprehensively assessing the current situation, the proposal is to assume defense along the left bank of the Dnieper River,” Surovikin pointed out.

“I understand that this is a very uneasy decision. At the same time, we will preserve, which is the most important thing, the lives of our servicemen and, as a whole, the combat capability of the group of forces, which is inexpedient to be kept in a limited area on the right bank. In addition, this will release a part of forces and capabilities that will be involved in active operations, including for offensives in other directions in the zone of the operation,” the general reported.

Prior to that, the Russian defense chief requested Surovikin to report on the situation in the Kherson area. After listening to the report, the defense minister agreed with the commander’s conclusions and proposals.

“For us the life and health of Russian servicemen is always a priority. We must also take into account the threat for the civilian population,” the defense chief emphasized.