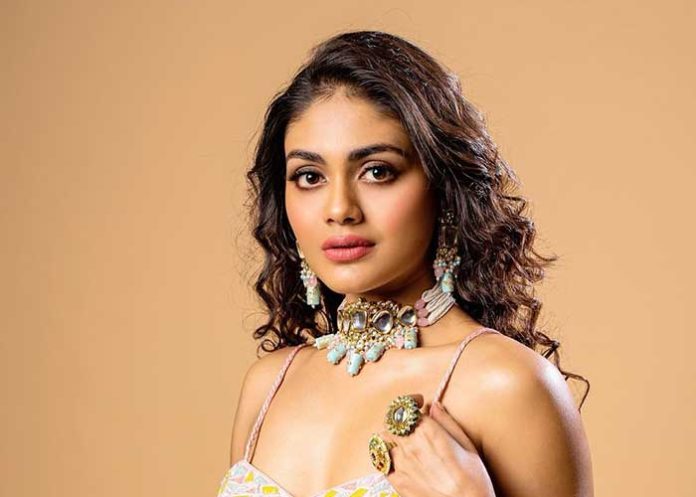 Sreejita De is the first contestant to get evicted from Bigg Boss 16 and the actress has expressed shock and disappointment over her exit. In an exclusive chat, Sreejita revealed what may have triggered her eviction.

Sreejita De is the first contestant to get evicted from Bigg Boss 16 and the actress has expressed shock and disappointment over her exit. In an exclusive chat, Sreejita revealed what may have triggered her eviction.
‘I am shocked and could not believe it’
Sreejita said, “I had the capacity to sustain for long and I am not trying to demean anyone but I knew there were far more weaker contestants than me. And when my name was announced, even those contestants were shocked, so I was assured that the journey was seriously very short-lived. After getting evicted, I was in a trance for almost an hour because I could not understand what had happened. All the contestants could not believe and I am myself thinking that since it is the audience poll, maybe my fan following has reduced over the years and that’s why I was voted out.”

‘Gori Nagori made such bad gestures, no one does that on national television’

Sreejita wants to clear the misunderstanding about the fight she had with folk dancer Gori Nagori and feels that people should not consider her arrogant or someone who makes classist comments. She said, “Sumbul (Touqeer Khan) and I were cooking food and everyone can’t be insensitive or selfish. There were times when there was no food left for us after everyone had eaten. But, a few contestants who had formed a group, asked for food. We served them and then again they asked for food and I felt that it is understandable that you are hungry, but so are others. You need to understand that. After that, two more people were hungry and to serve them, I tried pulling a bowl out from the cupboard and at the same time, a contestant came and wiped her hands with a gamcha near me. That triggered me and I had to tell her to go and wipe her hands somewhere else. That’s when Gori put her tongue out, slapped her bum and made some vulgar gestures that I have never seen any individual do.”
Sreejita added, “Her gestures were very demeaning. I did not call her ‘gavar’ but I used the word ‘standardless’ and not in terms of classism, but by standard I meant the level she had stooped to by making those gestures. I was not questioning her education or upbringing but the level that she had stooped to.”

Sreejita and Tina Datta did not share a great rapport during Uttaran many years ago. The two also did not warm up inside the house. Sreejita said, “Tina and I were fine when we had started shooting for Uttaran, but after a few months things went bad and there were issues. So, everyone knows that we never shared a great rapport. When I went inside the BB house, I had made up my mind to treat every contestant the same way and not have issues. But Tina is quite petty in her ways and that has already started reflecting on the show. There was no cold war but I wanted to keep away.”

‘I am hoping that they will call me back’
Sreejita is sad that her journey is over. She said, “I am hoping that they will call me back. So far, I feel Gautam Vig and Nimrit Kaur Ahluwalia are playing the game well. Abdu Rozik is a great contestant too. I would like to just say that I am not someone who likes picking up fights but if you cross your boundaries, I can’t stand quiet and if that is the reason why people didn’t like me, I should be given a chance to explain. Also, I don’t know how things were shown because I have not watched them or seen how my fight with Gori was portrayed on television.”