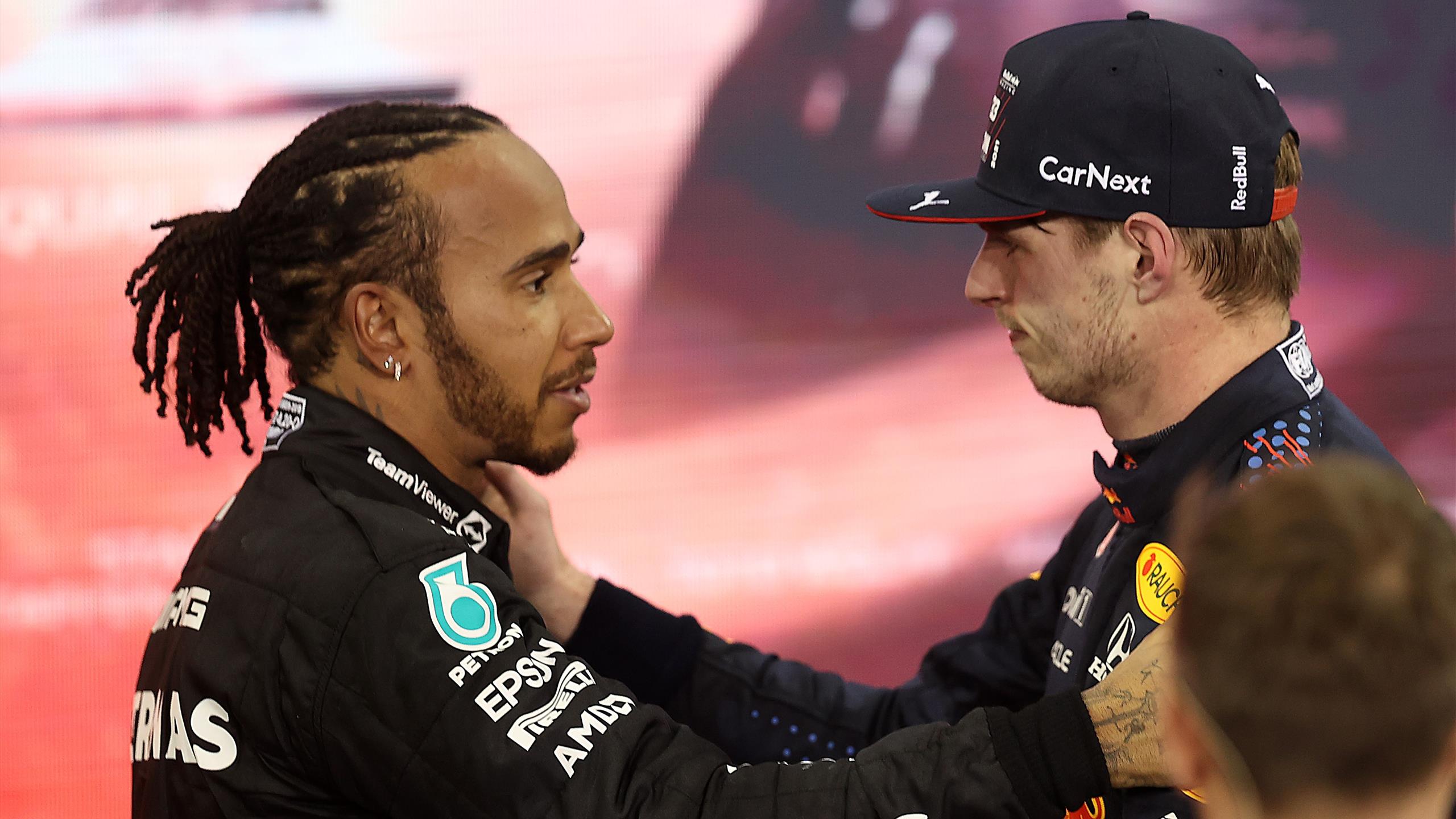 Lewis Hamilton has offered his congratulations to Max Verstappen after the Red Bull star was crowned Formula 1 world champion for a second time, before warning the Red Bull star Mercedes will be back at the front in 2023.

Lewis Hamilton has offered his congratulations to Max Verstappen after the Red Bull star was crowned Formula 1 world champion for a second time, before warning the Red Bull star Mercedes will be back at the front in 2023. Verstappen clinched his title in emphatic style after nearly half a minute clear of Sergio Perez to win the Japanese Grand Prix and secure his second crown with his 32nd race win.

Verstappen has become only the 17th driver in F1 history to win multiple F1 Drivers’ Championships and is now equal with the likes of Fernando Alonso, Mika Hakkinen and Graham Hill in adding a second trophy to his collection.

The Dutchman fought down to the wire with Hamilton to snatch the 2021 crown from his grasp after a fiercely controversial Abu Dhabi Grand Prix last year. In 2022, Mercedes have been nowhere near Red Bull in terms of pace or race wins, however, as Hamilton has had to watch on while Verstappen strolls his way to becoming a double world champion.

The 37-year-old sent a message of congratulations to his title rival and spoke positively about his hopes for next season, with Mercedes hoping to produce a car that is free of the porposiing and straight-line speed issues that have dogged them this season.

“I think for us, we know what the problems are with this car and I believe as a team we’ve not gone from being world champion to not being able to build a good car.

“I have no doubts we’ll have a better car next year. Whether or not we’ll rectify every issue that we’ve seen this year, we’ll have to find out when we get there.”