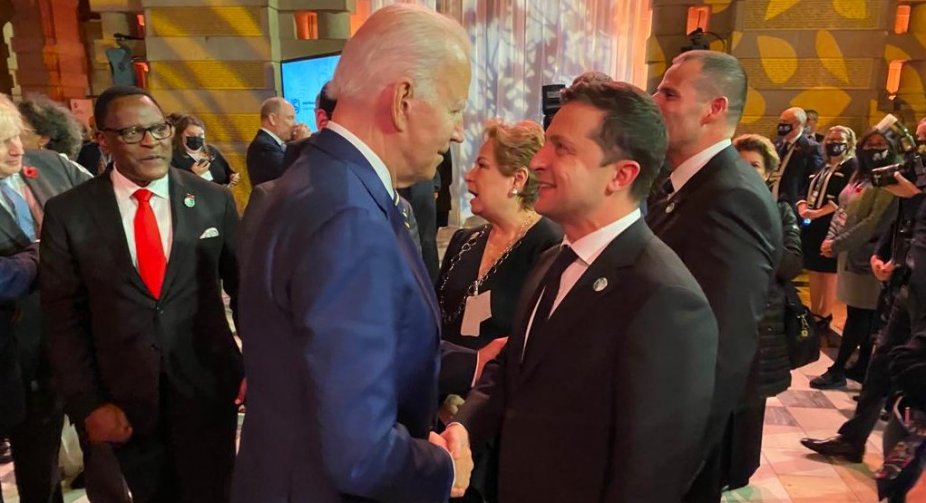 Joe Biden “lost his temper” when Ukrainian President Vladimir Zelensky asked him for more military aid immediately after the US President informed him that Washington would send $1 billion, NBC News reported on Monday.

Joe Biden “lost his temper” when Ukrainian President Vladimir Zelensky asked him for more military aid immediately after the US President informed him that Washington would send $1 billion, NBC News reported on Monday.

Biden spoke with Zelensky by phone in June, with the US president informing Zelensky that he had approved a $1 billion package of military aid to Kiev, the American broadcaster reported. Biden had signed off on a mammoth $40 billion economic and military aid package only weeks beforehand, bringing the total allocated to Ukraine by his administration to nearly $55 billion at the time.

However, “Biden had barely finished telling Zelensky” about the $1 billion package when “Zelensky started listing all the additional help he needed and wasn’t getting,” the report continued. “Biden lost his temper,” White House sources said, adding that the relationship between the two presidents has since improved.

Despite the apparent acrimony between the two men, Biden pledged later in the summer to keep the arms spigot open for Ukraine “for as long as it takes,” and has sent progressively heavier and more advanced weapons to Ukraine. Nevertheless, Zelensky and his officials have continued to demand more, and are reportedly asking Washington for longer-range ballistic missiles at present.

Democrats are unanimous in their desire to keep the weapons flowing into Ukraine, and a majority of the Republican Party has backed continued arms transfers. Yet a small but growing number of GOP lawmakers oppose the Biden administration’s promises of unlimited assistance, and with the party slated to control the House and Senate after next month’s midterm elections, House Minority Leader Kevin McCarthy has warned that Zelensky may no longer get a “blank check.”

Should the GOP win a majority in both houses, the White House is reportedly considering asking Congress for another $50 billion for Ukraine before the next legislative term begins in January.