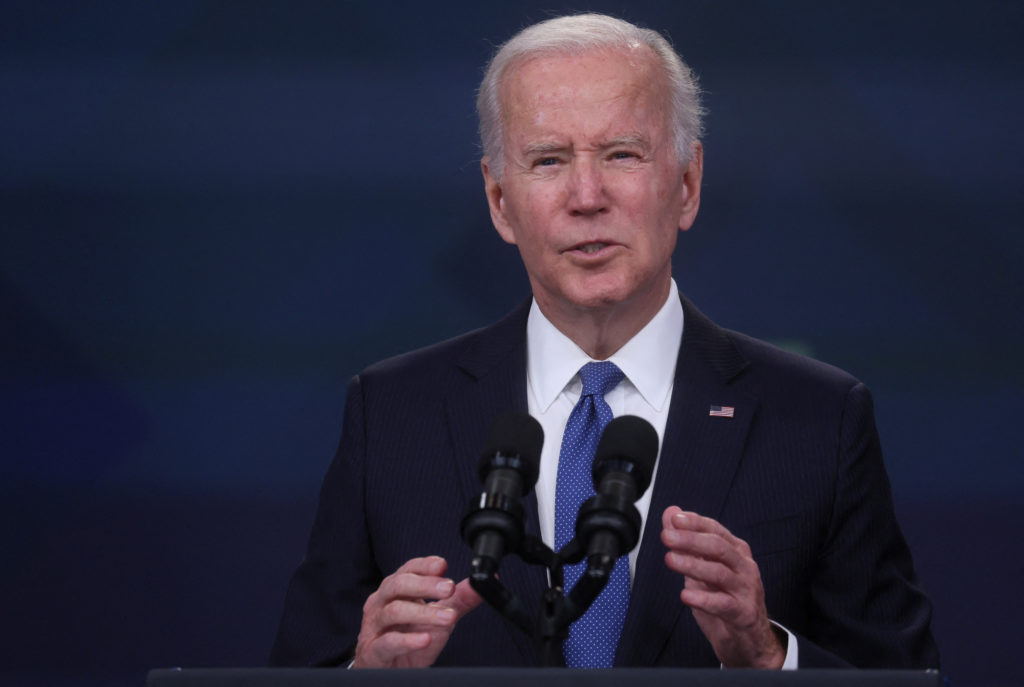 US President Joe Biden seems to have acknowledged that Republicans possibly taking over Congress in next week’s midterm elections may lead to him being impeached.

US President Joe Biden seems to have acknowledged that Republicans possibly taking over Congress in next week’s midterm elections may lead to him being impeached.

In an address to his supporters in San Diego, Biden said that he was “already being told if they [GOP members] win back the House and Senate, they’re gonna [sic] impeach” him.

“I don’t know what the hell they’re gonna [sic] impeach me for. I’m not joking. Recently they said ‘we should stop talking about that ’til we win’,” he added.

This followed No. 3 House Republican Elise Stefanik telling US media earlier this month that GOP lawmakers could decide to impeach the 46th president next year after probing his family’s foreign consulting businesses and his “illegal” request that OPEC+ delay oil production cuts until after the midterm elections.

The chair of the House Republican Conference argued that “when there’s an egregious abuse of power and high crimes and misdemeanors, that means anything is on the table.” Stefanik insisted that the White House’s request related to OPEC+ was a “very egregious, inappropriate and illegal action by the president.”

“I am very concerned about it, but it doesn’t surprise me. The Democrats are absolutely desperate. It is illegal and it will be taken into consideration,” Stefanik asserted.

The remarks were preceded by House Republican Bob Good stressing that he had “consistently said President Biden should be impeached for intentionally opening our border and making Americans less safe.” According to him, “Congress has a duty to hold the President accountable for this and any other failures of his Constitutional responsibilities, so a new Republican majority must be prepared to aggressively conduct oversight on day one.”

A recent YouGov survey revealed that at least 27% of US “adult citizens” expect a Republican-led Congress would impeach Biden — a view that is shared by roughly equal numbers of Republicans and Democrats, 32% and 29%, respectively.

Last year saw an array of GOP lawmakers accuse Biden of “high crimes and misdemeanors” and blame him for a spate of his policy failings, including the US’ chaotic withdrawal from Afghanistan, and the migrant crisis plaguing the US southern border with Mexico.