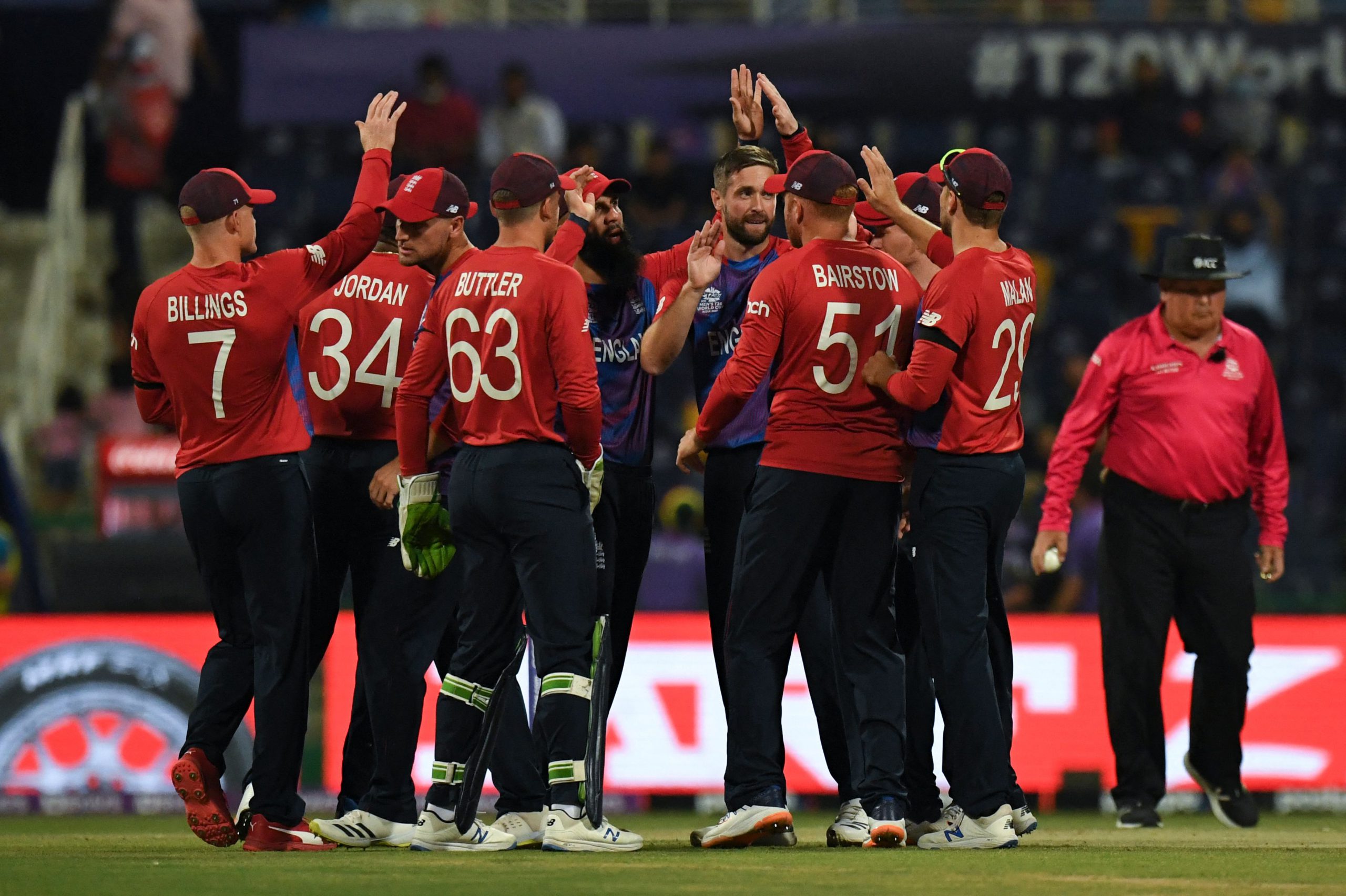 Stokes scored an unbeaten 52 (49) to help chase the 138-run target with six balls to spare, ensuring England becomes the first men’s team in history to simultaneously possess the ODI and T20 World Cups.

Earlier, an inspired bowling performance from Player of the Tournament Sam Curran (3/12) and leg-spinner Adil Rashid (2/22) restricted Pakistan to 8/137 from their 20 overs, which proved at least 15 runs below par.

A horde of Pakistan cricket fans descended on the MCG on Sunday afternoon, with thousands of supporters chanting and dancing outside the gates before they had even opened.

England fans were utterly outnumbered, with the sea of green growing in size and volume as the start time approached.

Rain was predicted to ruin the spectacle, but the thick, grey skyline above MCG thankfully didn’t interrupt proceedings. Weather radars showed that it was bucketing down in Geelong and northern Melbourne, but the showers miraculously evaded the CBD.

After England captain Jos Buttler won the toss and elected to field first, Stokes got the final underway with a front-foot no-ball and a wide.

It was a nervy start for both sides, with paceman Chris Jordan missing a run-out opportunity at the non-striker’s end soon after, giving Pakistan opener Mohammad Rizwan an extra life on 2.

The MCG was flooded with Pakistani flags when Rizwan found the middle of his bat in the fourth over, slog-sweeping England seamer Chris Woakes over the square leg boundary for the first six of the evening.

The Pakistan gloveman required medical attention after knocking his head while running between the wickets, but was dismissed by Curran the following delivery after flashing outside off stump and edging the ball back onto his stumps.

Once the fielding restrictions lifted, England’s seamers repeatedly bowled short of a good length, taking advantage of the venue’s famously large square boundaries and forcing Pakistan onto the back foot.

It didn’t take long for England’s premier tweaker to have an impact, with Rashid removing young gun Mohammad Haris with his first delivery of the match, caught at long-on for 8 (12).

Pakistan captain Babar Azam patiently picked the gaps and pushed for quick twos as the men in green crawled towards 2/68 at the 10-over mark.

Shan Masood took a particular liking to the part-time spin of Liam Livingstone, cracking 16 runs from his first over of the evening.

However, Rashid hushed the vocal crowd by claiming the prized scalp of Azam during a wicket maiden, bamboozling the rival skipper with a wrong-un to knock the wind out of Pakistan’s sails.

Iftikhar Ahmed departed soon after for a sixth-ball duck when Stokes generated some extra bounce from the deck, flicking the right-hander’s glove on the way through to the wicketkeeper.

Masood underwent a concussion test after a Jordan bouncer struck him flush on the helmet, but slapped the England quick through the covers immediately after.

Some sloppy fielding from Phil Salt on the boundary gifted Masood a couple of extra runs in the 16th over before Curran removed the left-hander for 38 (28), caught at deep mid-wicket.

Masood’s departure sparked a late collapse with Pakistan losing 4/10 in 19 balls, mustering one solitary boundary in their final four overs.

Despite bowling all his overs during the Powerplay and at the death, Player of the Match Curran did not concede a single boundary.

Pakistan was desperate for an early breakthrough, and speedster Shaheen Shah Afridi delivered for his teammates.

The left-armer knocked over England opener Alex Hales in the opening over of the run chase with a trademark in-swinger that hooped into leg stump.

Afridi was unlucky not to snare another wicket in his following over after reviewing an LBW decision that came back as “Umpire’s Call”.

Buttler looked impeccable during the Powerplay, repeatedly driving Pakistan’s seamers through the covers before Melbourne Stars cult hero Haris Rauf brought the crowd back to life by removing Salt for 10.

In riveting scenes, Rauf then found Buttler’s outside edge with a length delivery in the sixth over to swing momentum firmly in Pakistan’s favour.

It proved a significant turning point, with runs drying up considerably once the fielding restrictions were lifted and spin was introduced.

Stokes and Harry Brook revived the innings with a patient 39-run stand for the fourth wicket, with Mohammad Nawaz botching a run-out opportunity in the 11th over.

Pakistan quick Naseem Shah rattled Stokes the following over with a trio of length deliveries that flew past the outside edge – the English all-rounder could only laugh in disbelief.

Brook fell victim to Shadab Khan’s spin in the 13th over, but the wicket was soured by an injury concern for Afridi, who limped off the field after taking the catch.

The 22-year-old returned soon after, having popped a couple of painkillers, but gingerly hobbled back to the sheds one delivery into his second spell.

Stokes and Ali started to find the boundary rope in the final five overs, slowly putting England in the favourable position as the required run rate dipped below six.

England was seemingly cruising towards victory before Mohammad Wasim’s yorker knocked over Ali in the penultimate over, but Stokes once again held his nerve, clipping the paceman through mid-wicket a few deliveries later to secure a historic victory.

“A staggering performance of mental strength if nothing else,” former New Zealand wicketkeeper Ian Smith said in commentary.

During the 2016 T20 World Cup final, Stokes was on the receiving end of an unforgettable Carlos Brathwaite onslaught as West Indies snatch the trophy from England’s grasp.