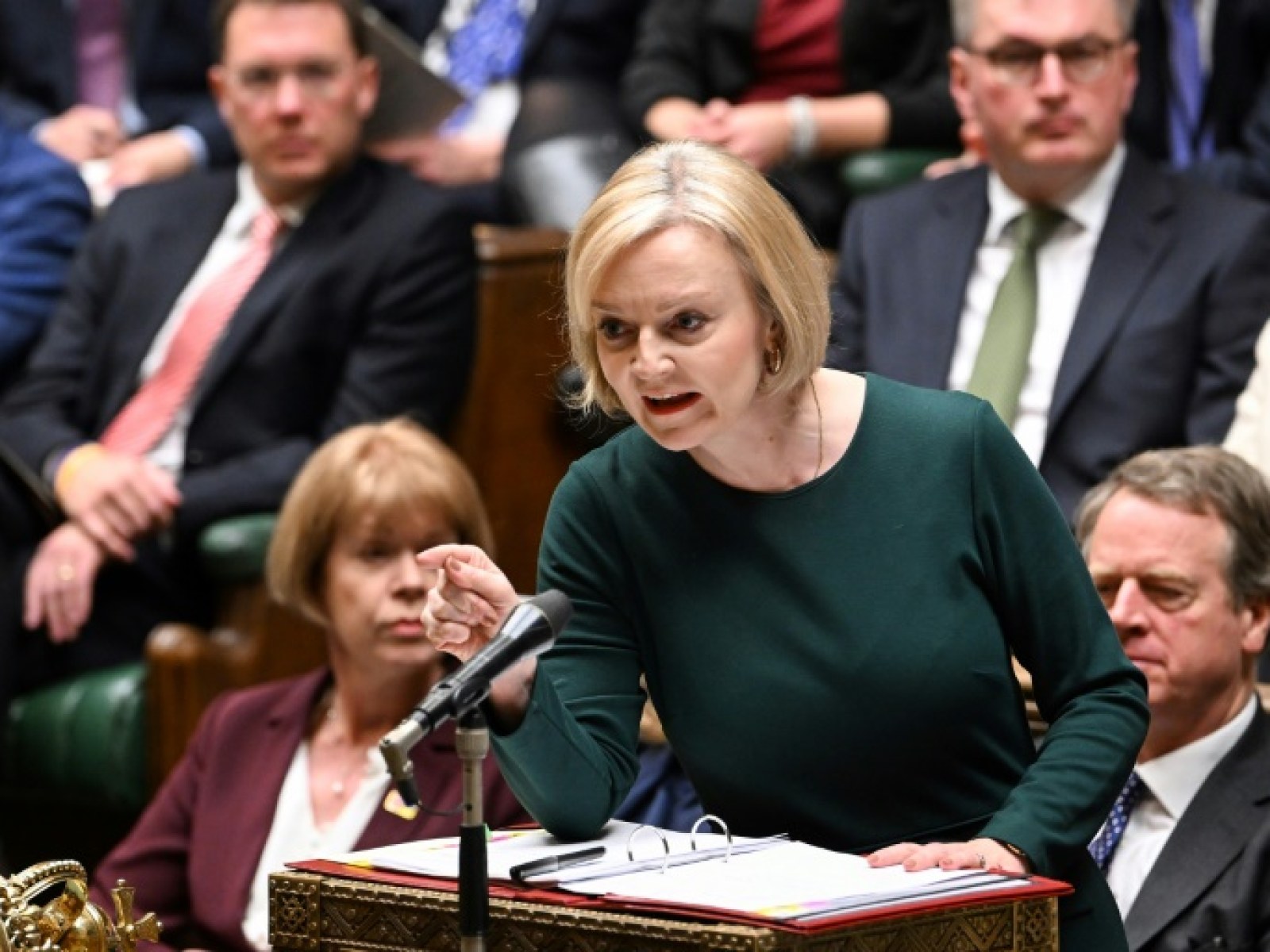 British Prime Minister Liz Truss described herself as “a fighter and not a quitter” Wednesday as she faced down a hostile opposition and fury from her own Conservative Party over her botched economic plan.

British Prime Minister Liz Truss described herself as “a fighter and not a quitter” Wednesday as she faced down a hostile opposition and fury from her own Conservative Party over her botched economic plan.

Truss attended her first session of Prime Minister’s Questions since newly appointed Treasury chief Jeremy Hunt ripped up the tax-cutting package unveiled by her new government less than a month ago. She apologized to Parliament and admitted she made mistakes during her short tenure as the U.K.’s head of government. Some lawmakers shouted “Resign!” as she spoke.

Asked by the opposition Labour Party’s leader, Keir Starmer, “Why is she still here?” Truss retorted: “I am a fighter and not a quitter. I have acted in the national interest to make sure that we have economic stability.” A package of unfunded tax cuts Truss’ government announced Sept. 23 sparked turmoil on financial markets, hammered the value of the pound and increased the cost of U.K. government borrowing. The Bank of England was forced to intervene to prevent the crisis spreading to the wider economy and putting pensions at risk.

Under intense political and economic pressure, Truss last week fired her ally Kwasi Kwarteng as Treasury chief, replacing him with Cabinet veteran Hunt. On Monday Hunt scrapped almost all of Truss’ tax cuts, along with her flagship energy policy and her promise of no public spending cuts. He said the government will need to save billions of pounds and there are “many difficult decisions” to be made before he sets out a medium-term fiscal plan on Oct. 31.

“What you’ve got to do is recognize when they’ve happened and have humility to make changes when you see things didn’t go right,” he said.

Official figures released Wednesday showed U.K. inflation rose to 10.1% in September, returning to a 40-year high first hit in July, as the soaring cost of food squeezed household budgets. While inflation is high around the world – driven up by Russia’s invasion of Ukraine and its effect energy supplies – polls show most Britons blame the government for the country’s economic pain.

With opinion polls giving the Labour Party a large and growing lead, many Conservatives now believe their only hope of avoiding electoral oblivion is to replace Truss. But she insists she is not stepping down, and legislators are divided about how to get rid of her. Truss faces another test in Parliament later when lawmakers vote on an opposition Labour Party motion seeking to ban fracking for shale gas — a policy Truss recently greenlit.

Conservative Party whips said the vote would be treated as “a confidence motion in the government,” meaning the government would fall if the motion passed. The Conservatives’ 70-plus majority makes that unlikely, but the vote will be closely watched for signs of dissent about Truss’ leadership.

Under Conservative Party rules, Truss is safe from a leadership challenge for a year, but the rules can be changed if enough lawmakers want it. Some Conservative legislators also believe Truss could be forced to resign if the party agrees on a successor.

As yet, there is no front-runner. Truss’ defeated Conservative leadership rival Rishi Sunak, House of Commons leader Penny Mordaunt and popular Defense Secretary Ben Wallace all have supporters, as does Hunt, who many see as the de facto prime minister already.

Some even favor the return of Boris Johnson, who was ousted in the summer after becoming enmeshed in ethics scandals.

Cleverly said he understood why colleagues were angry, but added: “That’s an emotional response, it’s not a plan.”

“What I’m not convinced by – far, far from convinced by – is that going through another leadership campaign, defenestrating another prime minister, will either convince the British people that we’re thinking about them rather than ourselves, or convince the markets to stay calm and ensure things like those bond yields and gilt yields start coming back down,” the foreign secretary told Sky News.