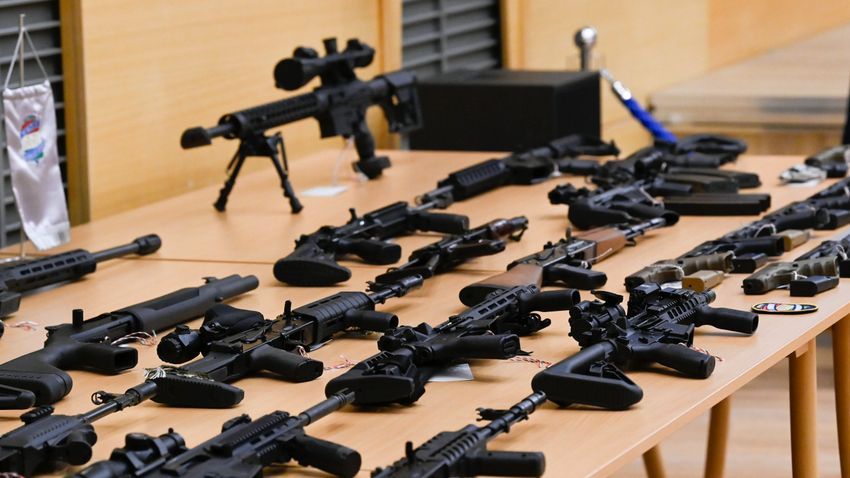 Criminals in Finland have got hold of some of the weapons that were sent to Ukraine by its Western backers amid the conflict with Russia, the Finnish National Bureau of Investigation (NBI) has said.

Criminals in Finland have got hold of some of the weapons that were sent to Ukraine by its Western backers amid the conflict with Russia, the Finnish National Bureau of Investigation (NBI) has said.

Assault rifles were among the weaponry, Ahlgren said, but declined to provide further details, as the investigation is still ongoing.

Arms trafficking routes from Ukraine to Finland have already been set up, according to the investigator.

“Three of the world’s largest motorcycle gangs — that are part of larger international organizations — are active in Finland. One of these is Bandidos MC, which has a unit in every major Ukrainian city,” he said.

Criminal organizations have their networks in Finnish commercial ports,”  Ahlgren pointed out, adding that security checks that are mandatory for airport staff do not apply to port workers.

Finland is not the only EU country with such problems, as “weapons shipped to Ukraine have also been found in Sweden, Denmark and the Netherlands,” he said.

“Ukraine has received a large volume of weapons and that’s good, but we’re going to be dealing with these arms for decades and pay the price here,” Ahlgren pointed out.

As early as May, US Defense Secretary Lloyd Austin stressed the need for accountability for American arms supplied to Ukraine. Back then, Austin said he had discussed the issue with the Kiev authorities, who gave assurances on accountability.

In June, the EU’s law enforcement agency Europol warned that the Ukraine conflict could lead to a spike in arms and ammo being smuggled into the bloc.

Around the same time, an investigation revealed that various weapons supplied to Kiev by the West were being sold on the dark net.

Moscow has long criticized weapons deliveries to Kiev by the US, EU, UK and some other nations, arguing that they only prolong the conflict and increase the risk of a direct confrontation between Russia and NATO.