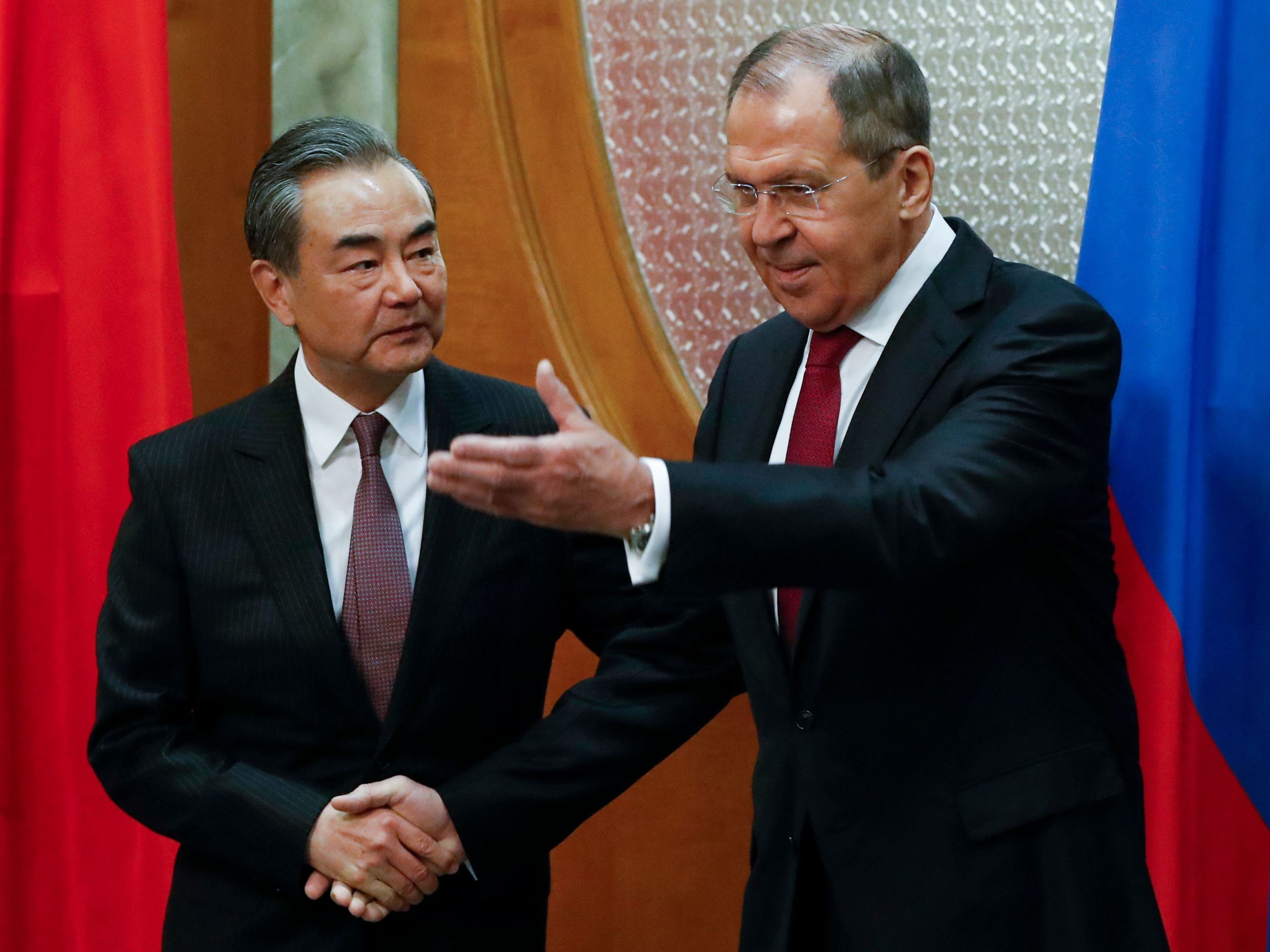 China has pledged to support Russia as it regains its global power status, foreign minister Wang Yi reportedly told his Russian counterpart Sergey Lavrov during a phone conversation on Thursday

China has pledged to support Russia as it regains its global power status, foreign minister Wang Yi reportedly told his Russian counterpart Sergey Lavrov during a phone conversation on Thursday, in which the two officials vowed to back each other in their geopolitical endeavors.

Beijing will “firmly support the Russian side,” assisting President Vladimir Putin’s efforts to “unite and lead the Russian people to overcome difficulties and eliminate disturbances,” as well as realize the “strategic development goals” to bolster Russia’s status as a major power on the international stage, according to the readout posted by the Chinese Ministry of Foreign Affairs.

The top diplomats reaffirmed their “mutual trust and firm support” and vowed to work together to take both of their countries to the next level in such a way that would not only benefit both nations but “provide more stability to the turbulent world.” Lavrov also congratulated Xi Jinping on his recent reelection as general secretary of the Chinese Communist Party.

According the Russian Foreign Ministry, Lavrov thanked Beijing for supporting Russia’s efforts to achieve a “fair settlement of the situation around Ukraine” and derail Kiev’s alleged plans to set off a weapon of mass destruction in a false-flag provocation that could be used to demand more pressure on Moscow and additional military aid from the West.

Russian Defense Minister Sergey Shoigu has been contacting his counterparts in the US, UK, France, Turkey, India and China about the possible Ukrainian provocation this week.

The top diplomats of the US, UK, and France issued a joint statement on Monday rejecting Moscow’s claims as “transparently false allegations,” however. Their Ukrainian counterpart Dmitry Kuleba also denied the accusations and blamed Moscow for waging a disinformation campaign that “might be aimed at creating a pretext for a false flag operation.”