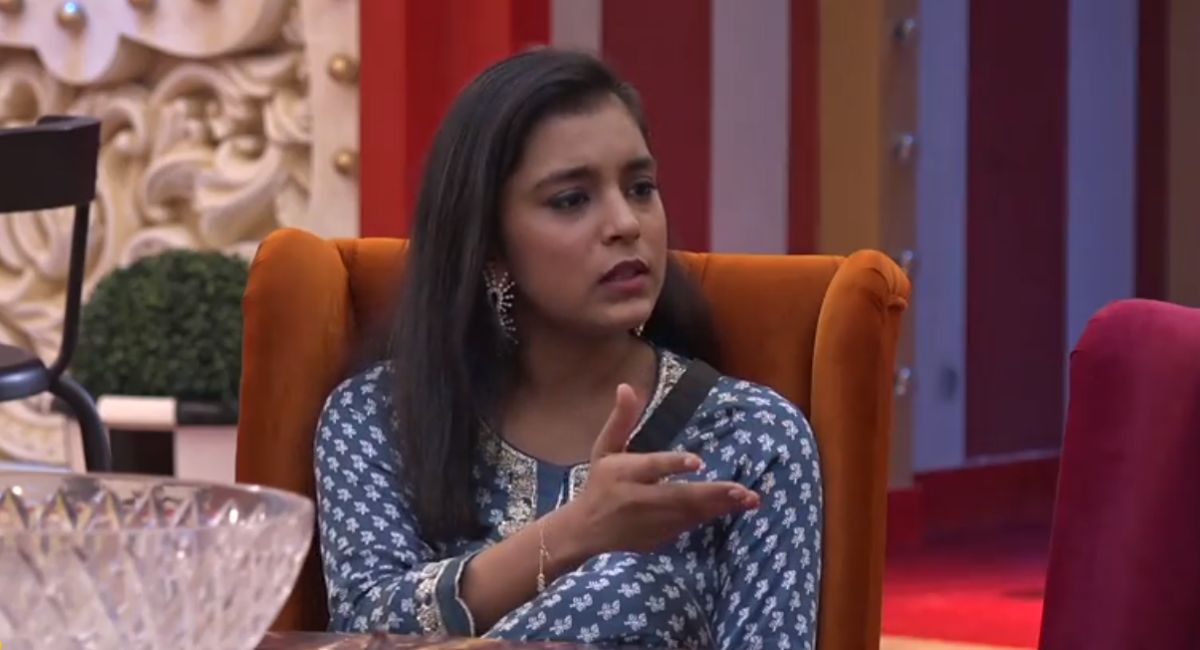 Salman Khan will be seen schooling Sumbul Touqeer in the latest ‘Weekend ka Vaar’ episode of Bigg Boss 16. When Salman tells Sumbul that she is ‘obsessed’ with Shalin Bhanot, Tina Datta agrees with his statement. Sumbul cries listening to Salman, and says she wants to go home. Salman asked her to leave Bigg Boss, and added nobody was stopping her.

The video opens with Salman pointing to the contestants on the screen infront of him, and saying, “Sumbul is obsessed with Shalin.” Responding to him, Shalin said, “She (Sumbul) is 20 years younger to me…” Salman is then heard saying, “Itni kaunsi gehri dosti hai ki Tina ko panch minute nahi degi baat karne ke liye (what kind of a close friendship is this that Sumbul will not let Tina speak to Shalin for even five minutes)?” Tina chimed in and reacted to Salman’s statement about Sumbul being possessive, and said in Hindi, “When Shalin goes to the bathroom, she goes and stands outside it waiting for him.”

The latest episode of Bigg Boss 16 saw MC Stan and Shalin getting into a physical fight after the rapper abused Shalin. Shiv Thakre and other housemates had intervened to stop the fight, with Sumbul taking Shalin to a room asking him to not go out. Later, when Tina came to talk to Shalin about the fight, Sumbul keep intervening between the two.