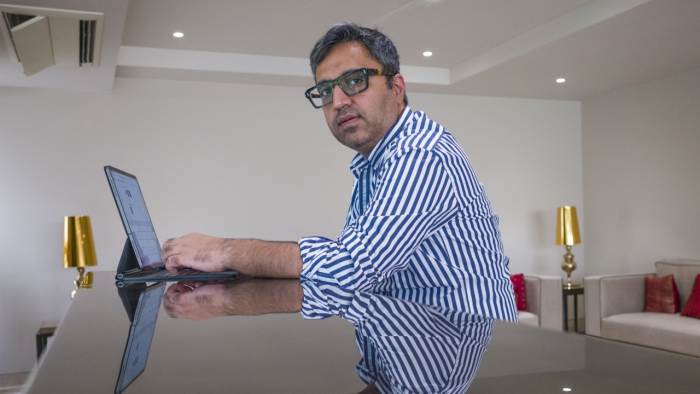 Recently, businessman Ashneer Grover explained why he won’t be appearing on Shark Tank India, the Indian version of the popular startup reality series. Grover has been replaced as a judge or “shark” on the show by businessman Amit Jain.

Well, moving forward with the conversation with the radio podcast, he was asked whether he was approached by Bigg Boss. Ashneer responded positively but he didn’t wish to participate as he believes that people do that show when they see a dip in their careers. He mentioned that the show is for ‘failed individuals’.

He said, “There was a time when I used to watch the show, but I feel it’s become stale now. They approached me, I said sorry, it’s not happening.” He also said that he might reconsider if he is offered more than the host Salman Khan.” The interviewer asked, “If they paid you that much would you host?” Ashneer quipped, “No no, I’d surely participate then in the show.”

The entrepreneur was recently told by a radio podcast that the buzz was that the show’s producers could no longer afford him. He reportedly said, “Afford sirf paise se nahi hota, aukaat se hota hai.”
Following the release of the Shark Tank India season 2 trailer, Grover’s followers expressed their disappointment and called for his return to the show. Grover was the most well-known judge during Season 1 of Shark Tank India.

Currently, Ashneer Grover is heavily promoting his most recent work, “Doglapan.” Fans have been reacting positively to the book and cannot get over his famous dialogue from the reality show, ‘Yeh sab doglapan hai’.