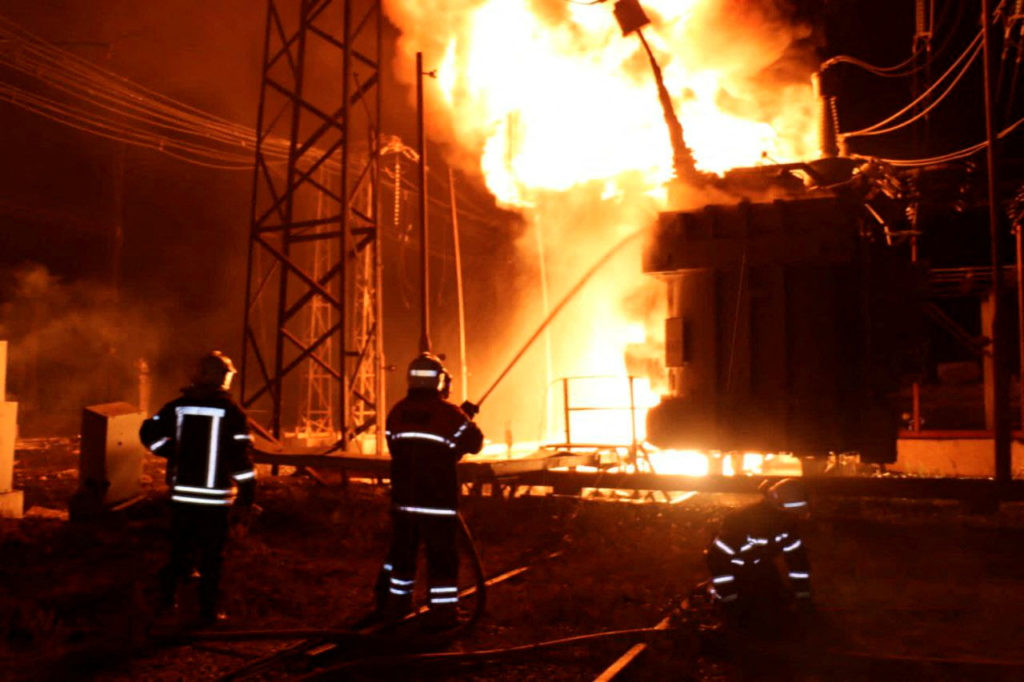 Officials in Ukraine reported Russian attacks on critical infrastructure on Monday, with one claiming that some 40 missiles had been detected in the air. Moscow insisted that all targets had been successfully hit.

Officials in Ukraine reported Russian attacks on critical infrastructure on Monday, with one claiming that some 40 missiles had been detected in the air. Moscow insisted that all targets had been successfully hit.

All Ukrainian regions sounded the alarm in the morning, with the media reporting explosions in several parts of the country, including the capital Kiev. Anton Gerashchenko, an aide to the interior minister, urged people to take cover in shelters, claiming on social media that “at the moment, there are already 40 [Russian] missiles” incoming at targets in the country.

Some hits have been confirmed by regional officials. Kiev Mayor Vitaly Klitschko reported that strikes on the capital had caused a partial blackout and disrupted the water supply. He said that due to damage to energy infrastructure, some 350,000 apartments were without power, while around 80% of consumers didn’t have water.

Igor Taburets, the head of the Cherkasy regional administration, reported an attack on critical infrastructure too, adding that it had caused a partial blackout. His counterpart in Vinnitsa Region, Sergey Bozov, claimed that one missile was intercepted and “fell on civilian sites.”

A report on social media, claimed a transformer station serving the Dnieper hydropower plant in the city of Zaporozhye had been hit. Footage purportedly shot near the station’s dam showed black smoke billowing into the sky.

Local authorities, loyal to Kiev, confirmed the strike and warned of possible blackouts, but offered no details.

Russia started targeting Ukrainian energy sites earlier this month. President Vladimir Putin justified the change of tactic by what he described as Kiev’s ‘sabotage’ attacks on critical Russian infrastructure. The final straw was the deadly bombing of the Crimean Bridge, he said.

Kirill Tymoshenko, the deputy head of President Vladimir Zelensky’s office, previously announced that starting this week the outages would become “regular, not an emergency response,” calling the situation difficult.