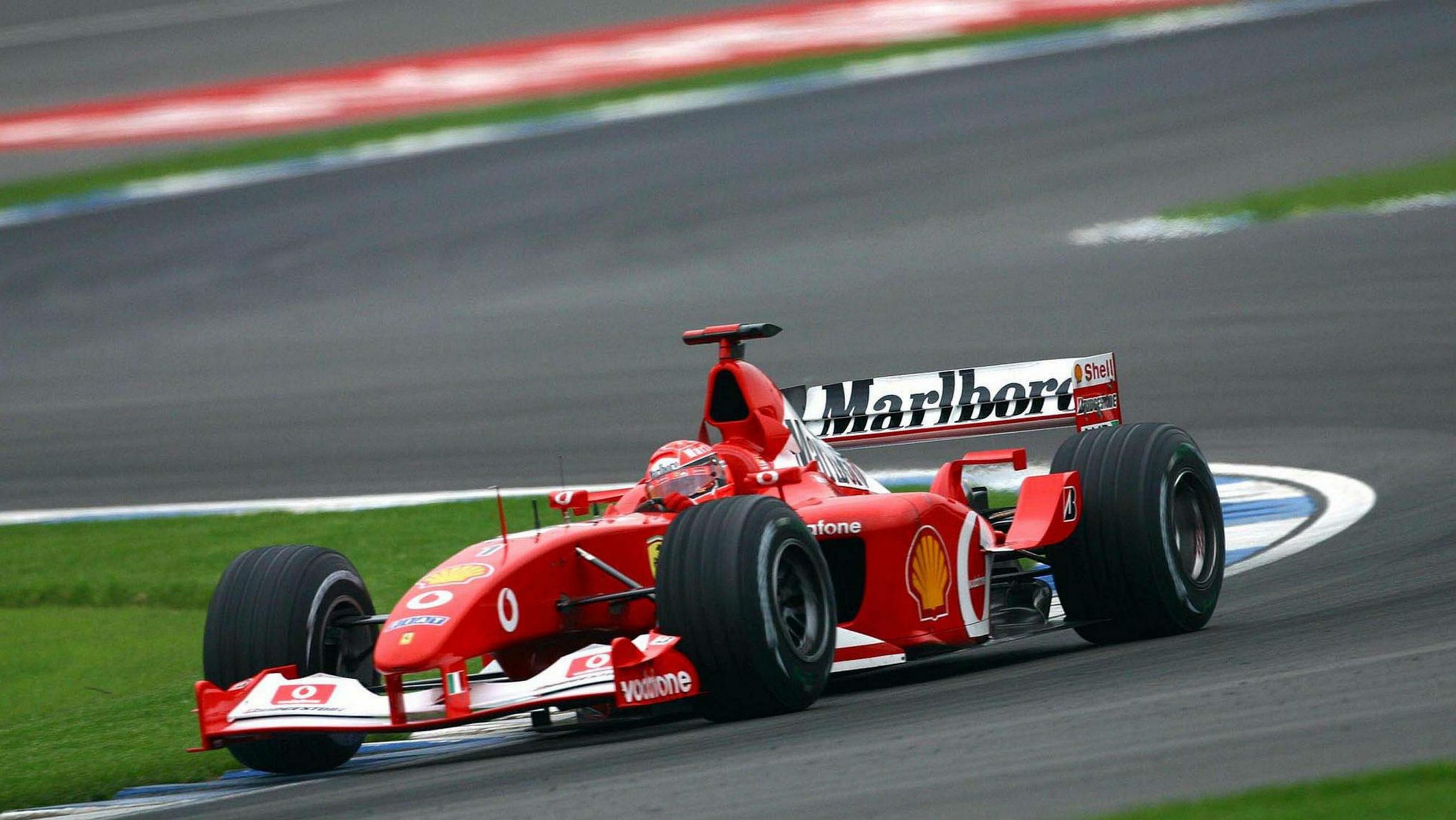 Michael Schumacher’s championship-winning F1 car recently crossed the auction block at RM Sotheby’s, blowing all expectations away by closing at a price of $14.8 million. Pour one out for all the hopefuls that showed up with only seven figures to spend.

Michael Schumacher’s championship-winning F1 car recently crossed the auction block at RM Sotheby’s, blowing all expectations away by closing at a price of $14.8 million. Pour one out for all the hopefuls that showed up with only seven figures to spend.

The car in question was a Ferrari F2003-GA, chassis #229. F1 diehards would know that as the actual car that Schumacher drove to eighth place in the 2003 Japanese Grand Prix, securing him the 2003 Formula 1 Drivers World Championship.

Of the nine races in which Schumacher drove chassis #229, he claimed victory five times, in Spain, Austria, Canada, Italy, and the US. He also scored three pole positions and three fastest laps, to boot. Those statistics make chassis #229 the winningest F2003-GA of the six that were built for the 2003 season.

Despite Schumacher’s reputation, though, the 2003 season was by no means a walkover. He clinched the driver’s title by just two points over Kimi Räikkönen in the last race of the year. It was in part due to Ferrari starting the year running the previous year’s car, winning just one of the opening four races.

The F2003-GA only debuted at the Spanish Grand Prix, the fifth race of the season. Despite the close fight, Ferrari was able to best its rivals at McLaren and Williams to claim victory in the Constructors championship as well.

Ex-racing cars are valued a little differently than typical vehicles. Their price isn’t just about performance or specs, but about history and pedigree. This auction concerned a championship-winning F1 car from the most venerated F1 team of all time, as driven to multiple wins by one of the most legendary drivers of the sport. These factors are what helped push chassis #229 from a $9.5 million valuation to a $14.8 million sale.

Even better is that the car is no mere show piece. Instead, it’s been maintained and overhauled by the Ferrari Classiche Department, and was sold in fully-running order. Its most recent service was this year, with the car only running 148 miles since then. The F2003-GA is a potent beast, on track, too; we’ve seen examples lay down scorching laps at US racetracks like Road Atlanta.

With that said, running a modern ex-F1 car doesn’t come cheap. Enthusiast Bud Moeller, who owned an F2003-GA, quoted a rough cost of running the car at $1000 per lap in a Reddit AMA. That’s based on the price to regularly overhaul the engine, gearbox, and other components. It doesn’t take into account the necessary expense of Ferrari’s team to start and run the vehicle at the track, nor crash damage, which can quickly add up to hundreds of thousands of dollars or more.

Here’s hoping the lucky new owner gets that engine back up to the 19,000 rpm redline before long. The world deserves to hear that championship-winning V10 sing once more.